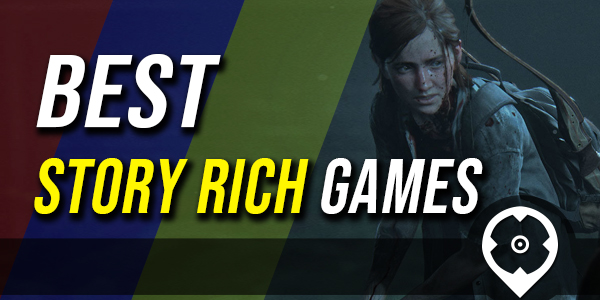 What are the best 15 Story Rich Games ?

14. Ori and the Blind Forest

What is a Story Rich Game ?

A story rich game will focus on telling a story through the player character’s actions and interactions with both the world and other characters.

Whether it’s an exploration game such as The Witness, a first-person shooter such as Half-Life 2 or a platformer, like Hollow Knight, story rich games rely on the narrative being told, such as with tabletop games like Dungeons and Dragons.

A game rich in story is not limited to a genre. One of the most popular PC games on Steam is the incredible Portal 2, a first-person puzzle-platform game that reveals the story through a narrative that is expanded upon as the player solves the game’s puzzles and riddles to continue forward.

Games such as The Witcher 3: Wild Hunt, have heavy dialogue and multiple choices that can change how the story plays out. The story is told through the interactions the player has with other characters, with a heavy focus on dialogue.

Story rich games often have a story that is set in stone and, though they may offer multiple choices with dialogue, quests or multiple endings, the story will not change as the game progresses. These games will often overload the player with information and new characters to meet to keep the player hooked on both the character and story being told.

Belief in the story, in the character, relies heavily on the player’s ability to take on the role of the character, to be able to see the world in which they are put in from the character’s point of view and to make it come to life. Story rich games are for those players looking for a way to not just play as a character, but to share the pain, difficulties, love and life of that character.

As players we often put our hearts into the characters we create, or take on in story rich games, whether its spending more time in the character creation than in the game, or making sure we only read every piece of lore we find scattered around the world. Story rich games are more than a distraction, they are a chance for us to forget who we are and to experience another adventure.

Why Are We Doing a Top 15 Story Rich List

In the world of Story Rich Games, fantastic games can be found at incredible prices but you can also be at a greater risk of being left disappointed.