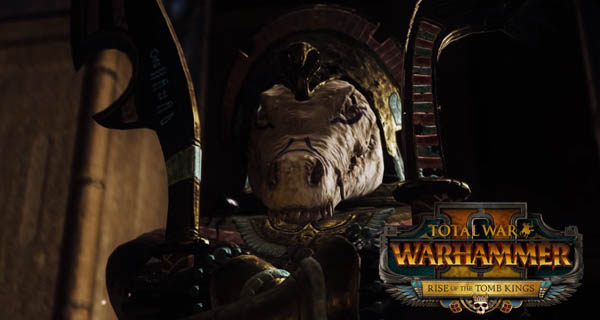 This new DLC actually doesn’t come with a new story but with new heroes and other inclusions. Right now, we will concentrate on the three new heroes which are the Tomb Prince, Liche Priest, and the Necrotect.

First is the Tomb Prince which are those who follow the Tomb Kings. They are the principal champions of the Nehekharan forces when in battle. They also have a curse ability that can cause enemies to enter a state of Rampage. Also, the ability to unlock Skeletal Steeds and Skeletal Chariots as mounts is a part of their skills.

The next hero is the list is the Liche Priest. They are also close to the Tomb Kings in a way that they are their principle sorcerers. Their curse ability is to be able to lessen the armor values of enemies. They also have the ability to wield the Lore of Light, Lore of Death and the Lore of the Nehekhana. Like with that of the Tomb Prince, they are also able to unlock the Skeletal Steeds and Skeleton Chariots as mounts.

The third one in the list is the Necrotect. They are important to Nehekhara because they are the taskmasters as well as the builders. They are able to provide passive aura based buffs since they are master masons. Usually, these are available for Ushabti, Tomb Scorpions, and Hierotitans to improve their abilities. One of their abilities is to reduce the costs of building as well as speed up movement when you embed them in your armies. Like the previous two heroes, they can also unlock Skeletal Steeds and Skeletal Chariots as mounts,

You can also get to watch the Total War Warhammer 2 Rise of the Tomb Kings trailer below if you haven’t seen it yet.

Total War Warhammer 2 Rise of the Tomb Kings is available on February 23, 2018, for PC.