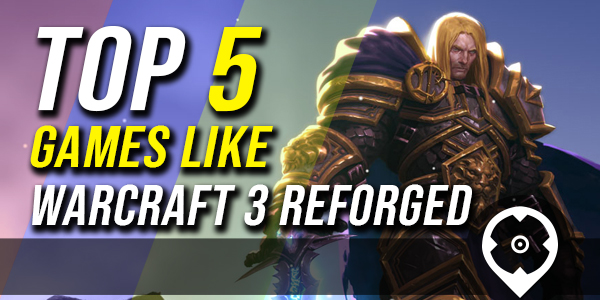 Age of Empires II: Definitive Edition is just the right kind of remaster. It’s clean, it’s feature-rich, and it adds a ton of new content without taking anything away from the appeal of the original game. The game isn’t perfect, and if we’re being honest, it never was — but this iteration gets it just a little closer.

Whether you’re a new fan looking to get into the series, or a veteran player wanting to revisit a classic title, Age of Empires II: Definitive Edition is a must-play for any RTS fan.

Lacking some basic features and low on playability thanks to the central gimmick, Planetary Annihilation is a poor pretender to Supreme Commander’s crown. A cool idea about robot armies battling across an entire solar system breaks apart when the realities of controlling multiple worlds at the same time set in.

None of which is inherently terrible, and a lot of people will look past this for the chance to simply experience an epic 5v5 game, or a similarly mad 2v2v2v2v2v2v2. But it’s still a style of play that massively limits Planetary Annihilation’s appeal even before you get into the comparatively light single-player component and the occasional bug. I had matches where the AI stopped after building a couple of structures, as well as one amazing game where my chosen spawn point dropped my proud commander in an inescapable canyon.

3.Starcraft 2 Legacy Of The Void

Legacy of the Void is the most fun I’ve had with StarCraft 2, perhaps because it’s more mellow, and more generous with players who don’t want to focus entirely on the elite competitive experience. It’s a challenging RTS when you want one, but it also lets you have fun stomping AI with friends and trying out new toys. Legacy remembers that it’s a game as much as it is an esport.

A brilliant strategy game that manages to be both broad and deep, challenging and accessible.

If you’ve been hankering for a slick RTS-RPG with polished gameplay and a powerful emotional core, and you don’t mind some serious multitasking, you’ll have a great time with Spellforce 3 Soul Harvest.

Dawn of War 3 has overly dominant elites, and a merely serviceable campaign, but it captures the power of mass battles well.

An odd chimera of its forebears, there’s a lot in this fast-paced RTS that’s a little bit off. Parts of the interface don’t work sometimes, inter-match army management is half-baked, and the micromanagement needed to use the game’s signature hero units effectively doesn’t jibe with the extensive base-building you’ll need to support them. But those problems fall away when you’re in the heat of battle. Dawn of War III builds and maintains an organic tension that yields huge pay-offs, and there’s nothing else quite like it.