The CMA is looking into the planned acquisition of Activision Blizzard by Microsoft and wants the opinion of the public on the record-breaking deal. 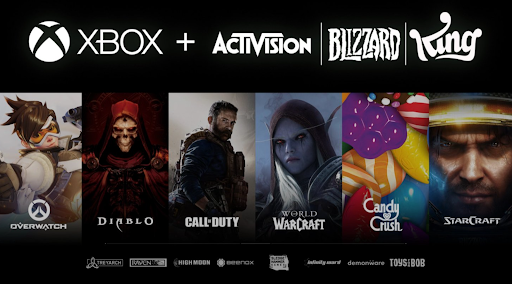 The UK regulator CMA shared a statement that they are worried about the Microsoft-Activision merger thinking that Sony and PlayStation will be put in a big disadvantage.

Now in Phase 2 of their investigation, the CMA is looking for “potential concerns” and “theories of harm” if the acquisition pushes through.

A part of the Phase 2 is asking the public their opinion about the merger. The CMA is encouraging the public to share their thoughts and share if they think that there will be a negative impact on the competition.

The CMA will then publish their report after Phase 2, and post whether they are approving the Microsoft and Activision Blizzard merger.

If the deal gets finalized, this would mean that games like Call of Duty Modern Warfare 2, World of Warcraft and Diablo 4 will be added to the library of Microsoft games. The deal is also a record-breaking $69 billion.

You are sure to get the best deal for the Xbox Game Pass here on Cheapdigitaldownload.com through our price comparison service and trusted stores.

Also, you can get the best video game deals in an instant with the Allkeyshop browser extension. Make sure you have yours now.