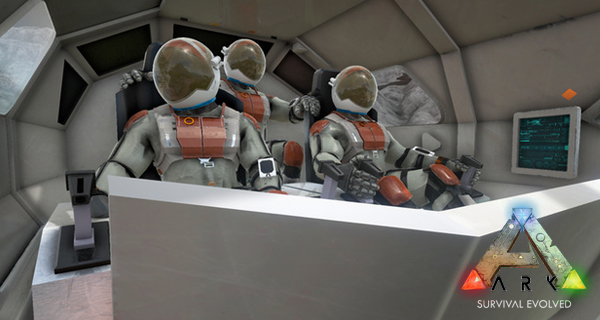 Ark Survival Evolved’s new mod will bring you to the moon! Goodbye mountains, snow, rivers and jungles and welcome the barren moon surface where you can only see rocks, the surface of the moon and your own base. This new mod is called Ark Moon Survival and is the latest in the community made total conversions mod.

The Ark Moon Survival Mod as mentioned earlier will bring you to the moon. But you must thinking that there can’t be any dinosaurs there. Well you thought wrong, watch the cinematic trailer for Ark Moon Survival which is found in ThickFreedom’s YouTube channel.

Since it is in outer space you will be wearing a spacesuit and will be accompanied by two other people. One named Tony and the other a guy who doesn’t seem to shut up. The moon sort of is like a desert, so barren and with mostly just rocks, the only other structure that you could see is your command center.

The brilliant creators of this Mod is DavidBC and Matteoni. With this mod you can explore the moon while driving a moon rover and build up your base. The mod does come with a complete story set up along with ready features. You can download this mod directly from Steam.

Are you ready to survive the moon in Ark Moon Survival?