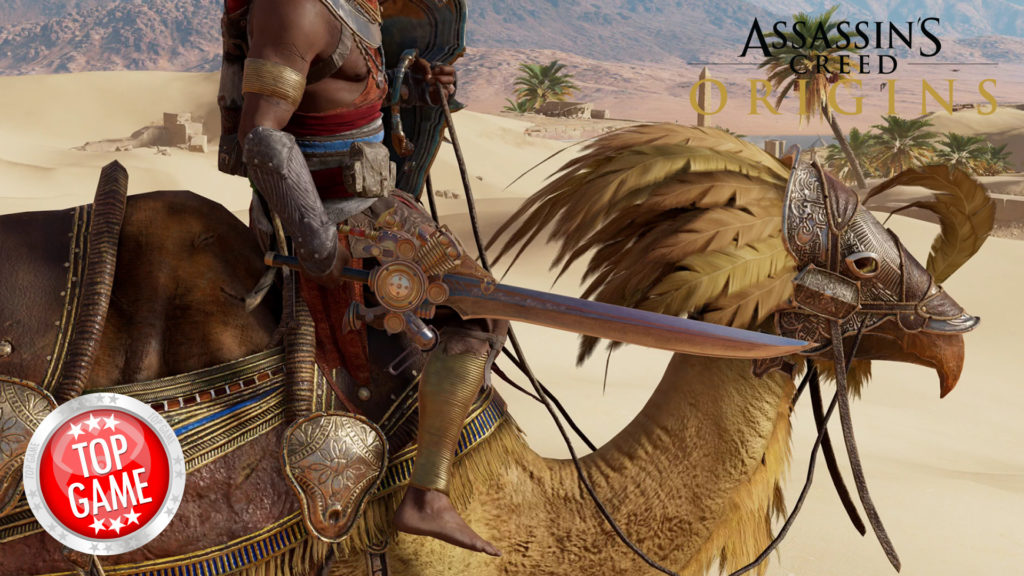 A Final Fantasy crossover is seen with the Assassin’s Creed Origins new mount. The new mount which is a Chocobo Camel cross-breed can be acquired by successfully completing a quest.

On December 19, players who will visit the Giza region will stumble upon “some long-lost secrets” as said by Ubisoft. Players that visit the Giza region at this time frame and check the mission minimap will find a Final Fantasy XV-themed tomb, with this is a mission called “Gift From the Gods”. Puzzles are available in this tomb for you to solve which will reward you with the Chocobo Camel mount, a Noctis’ Engine Blade of Noctis, and Gladio’s Ziedrich Shield. 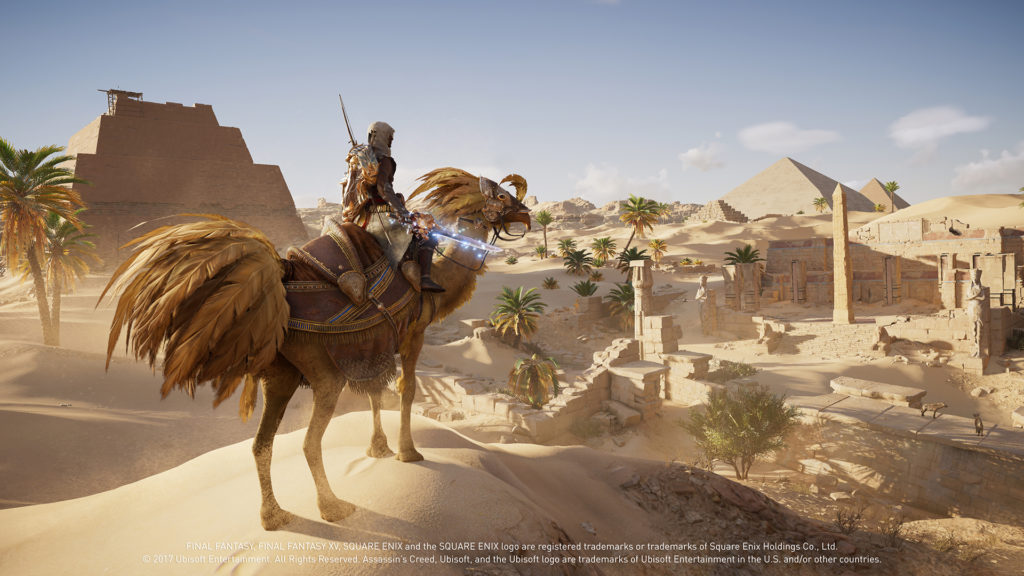 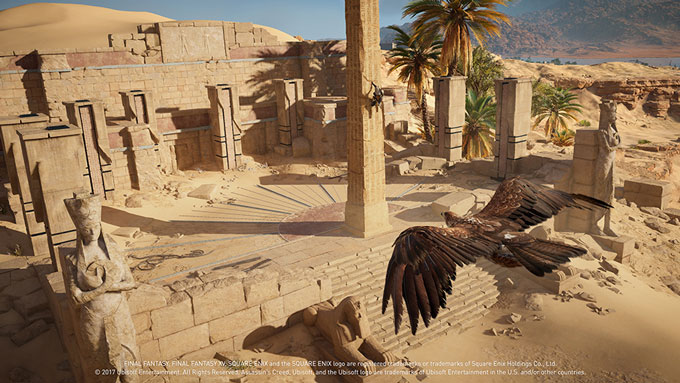 Also, in a previous announcement, those who missed the three previous Gods in Trials of the Gods will have the chance to face them once again up until December 26, 2017.

In conjunction with this trials event, is a Community Challenge that is ongoing right now. You can join in on the fun by checking out the information HERE.

So what do you think about the Chocobo Camel? Do tell us in the comments below. 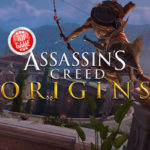 A new update is available for Assassin’s Creed Origins. This patch is out now that comes with a new mode as well as changes to NPC’s and more.