Avatar: Frontiers of Pandora is based on the Avatar film series by James Cameron and is an upcoming open-world, action-adventure game by Ubisoft and Massive Entertainment. 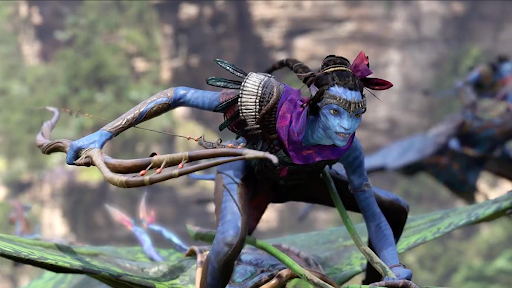 The game offers a standalone story about Na’vi who trying to save Pandora by going against the RDA forces.

As of the moment, we don’t know much about the game. A recent leak on r/GamingLeaksAndRumors subreddit by u/Eht_Hctins however shared details of the game’s quests, crafting, open world and crafting.

The post had been deleted but was able to share that a new questing system will direct players to specific areas to explore. The players are encouraged to explore and discover the activities instead of being assisted in the whole game.

We don’t know the specific launch date of the game, but what we know is that the game will launch sometime between April 2023 and March 2024.

Get the best video game deal CD key for Avatar: Frontiers of Pandora on Cheapdigitaldownload.com through our price comparison service and trusted stores.

You can also get the best video game deal in an instant with the Allkeyshop browser extension. Make sure you download and install yours now.