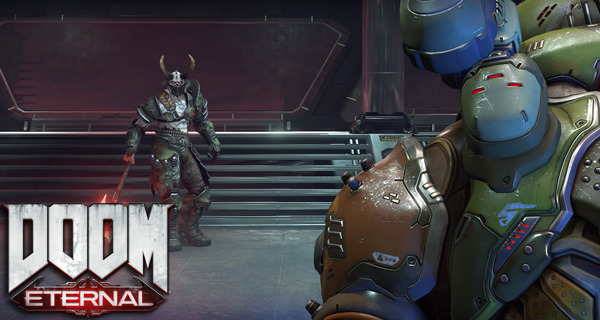 idSoftware launches a Doom Eternal TV commercial trailer as the game’s launch nears. Fans of the game get to see new footage of the Doom Slayer as he gets ready for the fight of a lifetime.

Unlike the previous Doom Eternal trailers, the TV commercial is subtle as it doesn’t come with gore and blood. We get to see some of the powerful-looking weapons that players are able to use in the game, one of which is the Crucible Blade. Also, this time around the track used in the trailer is Tommee Profit and Beacon Light’s Rebel Renegade. Get to watch the Doom Eternal TV spot via the Twitter post below:

Experience the ultimate combination of speed and power as you rip-and-tear through Hell’s armies to save humanity. DOOM Eternal launches on 03.20.20. pic.twitter.com/4zXYawojoq

idSoftware promises that Doom Eternal will be having double the amount of demons, some from the previous games and the others would be new ones. The option of centered weapon placement is also making a comeback with Eternal. The campaign as a whole would run about 18-22 hours. There will also be Master Levels where in which the enemies that will be encountered will be at higher difficulties.

Doom Eternal is set to launch on March 20th and it is available for PC, PlayStation 4, Xbox One, Nintendo Switch, and Google Stadia.

Are you excited for Doom Eternal to arrive? What are your thoughts about the new TV commercial of the game? Share with us what you think in the comments below.