The Bethesda Showcase 2022 features all the Xbox and Bethesda upcoming games and if you missed it, here are the details below:

ALL THE GAMES FEATURED IN THE BETHESDA SHOWCASE 2022

The Xbox and Bethesda Showcase 2022 shared a lot of game trailers, announcements as well as launch dates. 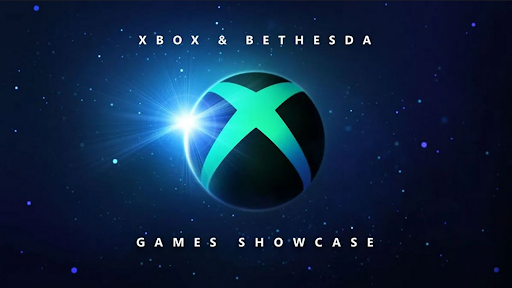 Here are all the games that have been featured!

Redfall from Bethesda is an open-world FPS. The game has been delayed to 2023 and the specific launch date is not known.

Hollow Knight: Silksong will be launching for Xbox and the Xbox Game Pass on launch day but the specific release date has not been shared yet.

Wo Long: Fallen Dynasty is set to launch by early 2023. The game is from the producers of Nioh and Bloodborne.

The Persona Series includes Persona 3 Portable, Persona 4 Golden, and Persona 5 Royal. The series will be launching on October 21st.

High on Life is a game from Justin Rolland the co-creator of Rick and Morty. The game will be available on PC, the Xbox consoles, and Xbox Game Pass by October of this year.

A Plague Tale: Requiem is the sequel to A Plague Tale: Innocence from Asobo Studio. The game will be launching sometime this year.

A Starfield trailer has finally been shared by Bethesda and the game will be launching sometime in 2023.

Xbox and Microsoft’s racing simulator series has another one coming! Forza Motosport is set to launch by the Spring of 2023.

Overwatch 2 is free-to-play and will be available in early access by October 4, 2022.

A new expansion, Microsoft Flight Simulator 40th Anniversary Edition will be bringing helicopters and gliders to the game.

Ara: History Untold from Oxide Games is a turn-based grand strategy game that will be available on the Xbox Game Pass when it releases.

The Elder Scrolls Online: High Isle is the latest expansion for the game that will be available on June 21.

Fallout 76: The Pitt is a new content update for the game which will be launching by the Fall of 2022.

Forza Horizon 5’s newest update is Forza Horizon 5: Hot Wheels. This will be available for the PC and Xbox consoles on July 19th.

The next game from the ARK: Survival Evolved series which is ARK 2 will be bringing Vin Diesel riding on dinosaurs.

Scorn a first-person survival horror game finally gets a launch date of October 21, 2022.

Flintlock: The Siege of Dawn

A44 Games’ will have you playing as the last hope of humanity in their upcoming open-world action RPG Flintlock: The Siege of Dawn arriving in early 2023.

Minecraft Legends is set in the Minecraft universe. It is an action-strategy game available on PC, Xbox and the Xbox Game Pass.

Get to farm on a faraway planet in Lightyear Frontier starting Spring of 2023. The game will be available on Xbox One, Xbox Series X|S and PC.

Duoyi Games will be launching their rogue-lite FPS Gunfire Reborn on the Xbox Game Pass this coming October.

The Last Case of Benedict Fox

Another souls-like game is heading our way with The Last Case of Benedict Fox. The game is coming to the Xbox Game Pass for PC by the Spring of 2023.

As Dusk Falls is set to launch by July 19th. It is a story-driven thriller that can accommodate up to eight players.

As of the moment, Grounded is in Early Access and will have its full release by September 2022.

Ereban: Shadow Legacy is an upcoming steal-platformer that is fast-paced. The game will be launching for PC and Xbox by 2023.

Pentiment by Obisidian Studios is a story-driven adventure that is set in Bavaria in the 16th century. The game will be available in November for PC, Xbox and the Xbox Game Pass.

A new cinematic trailer has been shared by Blizzard for Diablo 4. This trailer included the pre-registration for the game’s beta.

Sea of Thieves Season 7 – Captains of Adventure is set to launch by July 21.

Begin a new fairytale adventure with Ravenlock by 2023. The game will be available for PC and Xbox consoles.

Limbo’s newest game COCOON is set to launch for PC and Xbox by 2023.

Get the best deal for the Xbox Game Pass here at Cheapdigitaldownload.com through our price comparison service and trusted stores.