Take-Two Interactive recently confirmed that there will be a Bioshock 4 but no details were given. A leak however shared what the title is as well as the game’s setting. Do keep in mind that this is a leak, so take the information with a grain of salt.

A Twitter handle named Oops Leaks shared a post regarding some information about the new Bioshock game.

The post claims that the game will be named “Bioshock: Isolation”. It will be set in two different cities that are mirrored horizontally. 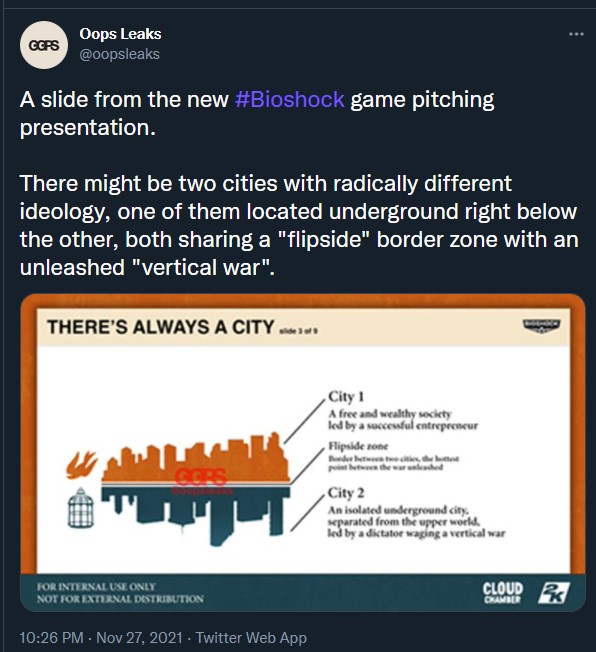 The city on the top side is where the wealthy live and are ruled by an entrepreneur. The city on the lower side is living miserably under a dictator. The two cities are not on good terms with each other. 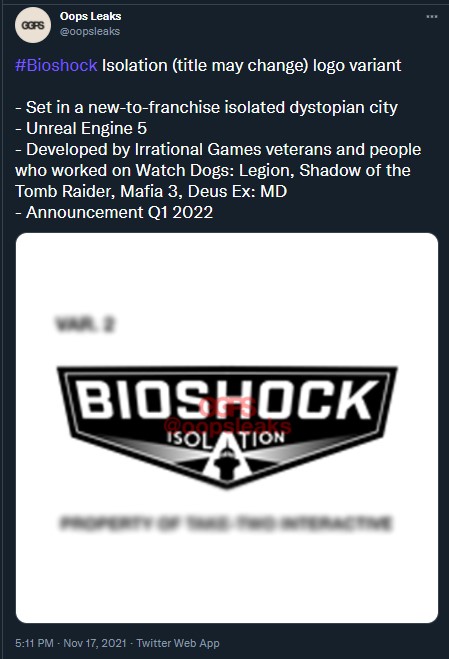 Another part of the leak is the game’s supposed logo. It also claims that the game will be using Unreal Engine 5 and that the people from Irrational Games are the ones working on it. Part of the game’s development team are those who worked on Mafia 3, Deus Ex: Mankind Divided, Watch Dogs: Legion and Shadow of the Tomb Raider.

Oops Leaks mentioned that the official announcement of the game could be by the first quarter of 2022, which would mean sometime in March next year.

As mentioned above these are just leaks, it is best that we wait for the official announcement of the developers and publishers.