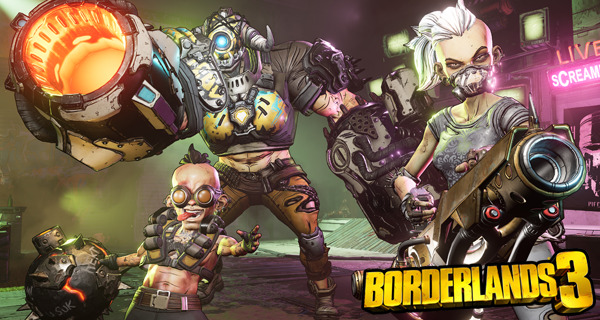 Those who are waiting for the Borderlands 3 Steam launch, you only have a couple of weeks more to wait before it arrives. The game first launched on the Epic Games Store on September 13, 2019, and it is set to launch on Steam six months later.

It is undeniable that the game did sell quite well on the Epic Games Store having sold more than 8 million copies by the end of 2019. The developers hope to reach more players with the game’s launch on Steam. Gearbox also announced that crossplay between the Steam and Epic versions will be available when the game launches. They are also planning to have cross-platform features like sending weapons across the platforms soon.

Along with the announcement of the Steam launch comes the second Borderlands 3 expansion reveal called the Guns, Love, and Tentacles: The Marriage of Wainwright and Hammerlock. You are invited to the wedding of Sir Alistair Hammerlock and Wainwright Jakobs. Some wedding crashers show up and are causing trouble and it will be up to you to help. Gaige will be returning in this expansion along with her robotic companion Deathtrap.

If you are interested to see what the Borderlands 3 Spring Content Roadmap includes, you can check it out below: 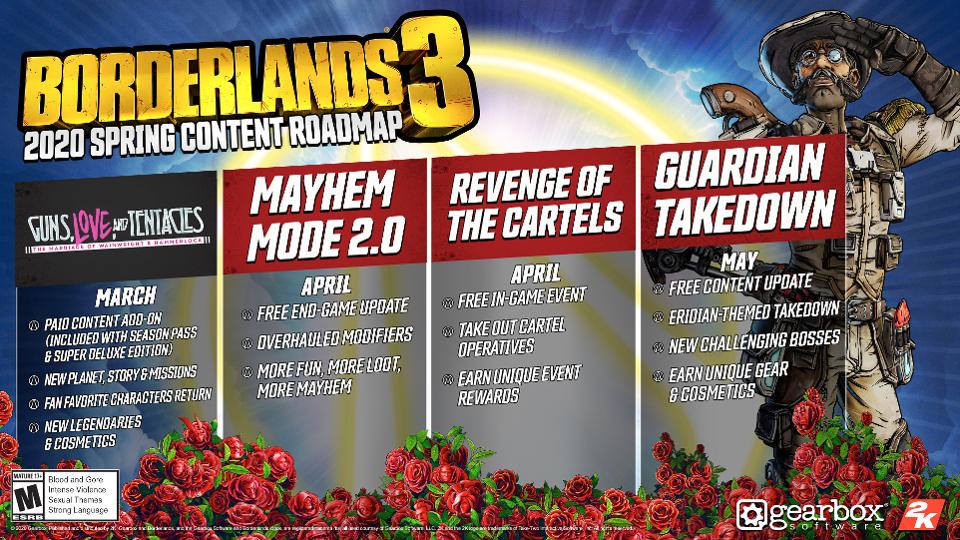 Borderlands 3 is launching on Steam on March 13, 2020, the game is already available on PlayStation 4 and Xbox One. The Guns, Love and Tentacles: The Marriage of Wainwright and Hammerlock expansion will release a little later on March 26, 2020.