The Call of Duty Black Ops Cold War open beta and early access information has been shared by Activision. 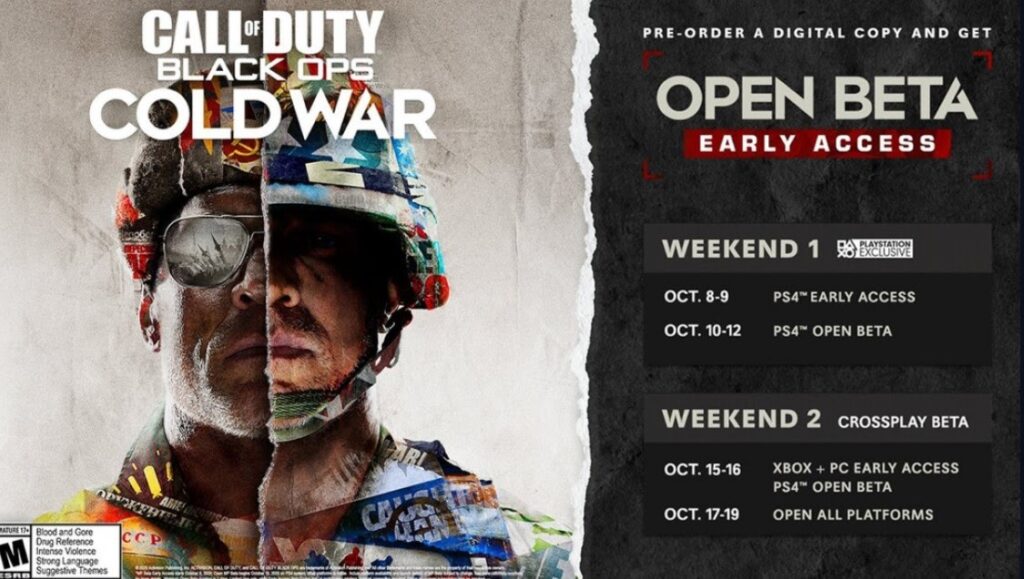 The new Call of Duty game is set to launch on November 13. Activision and Treyarch first announced the multiplayer on September 9. The introduction includes insights on the story mode, different editions, and the transition from Warzone and Modern Warfare Cold War. Also announced are the dates for the Open Beta the information for the Early Access.

Note: The digital pre-orders are only qualified to be in the beta. Preordering the physical version of the game does not qualify for the beta access. 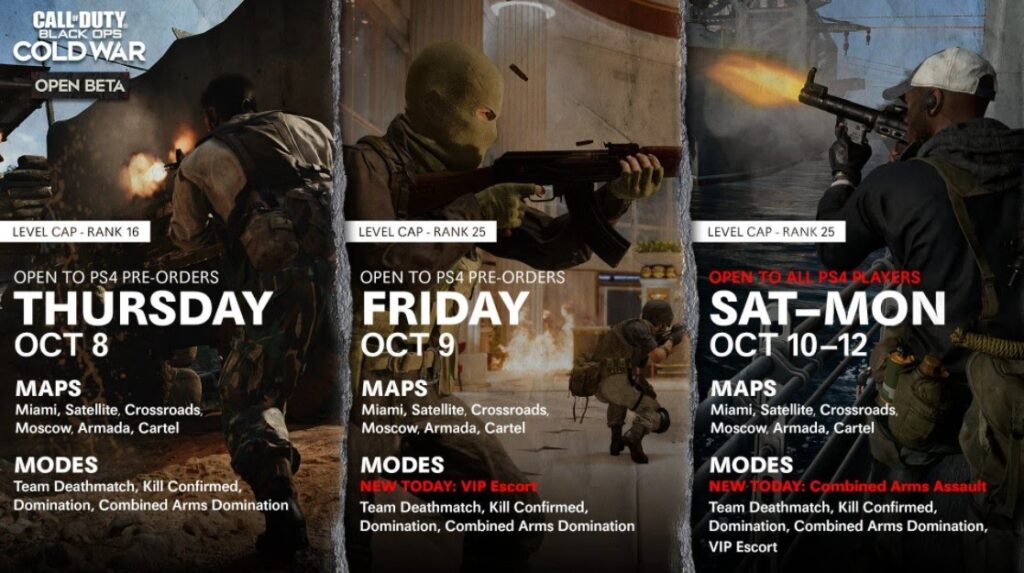 October 17-19: Open beta on all platforms (Xbox Gold or PS Plus needed).

Activision and Treyarch announced more details of what to expect during the game’s beta.

Players are able to get exclusive access to the game plus additional content before the game officially launches on November 13. Expect the Gunsmith customization, operator selection, and a variety of game modes which is listed below:

The beta will have players playing in the Map Cartel which is in the jungle of Nicaragua. The map offers close and long-range combat and the central, open area will surely have action-packed battles.

Players are also able to experience the VIP Escort mode which is designed for 6v6 battles. Take on the role of the VIP with defenders trying to secure you in a particular zone.

There will be a level system that will allow players to rank up and unlock early rewards.

Also, classic modes like Team Deathmatch, Domination, and Position will be available.

If you would want to know more about Call of Duty Black Ops – Cold War like information about vehicles, weapons, maps scorestreaks, updates, gunsmith, movement, bugfixes, and patch notes, you can check that out on THE JOURNEY FROM ALPHA TO BETA from Treyarch.

Anyone played the Beta and can tell me if it’s any good ??