Earlier this week, Microsoft purchased Activision Blizzard, the company behind Call of Duty. This move made a lot of players nervous thinking that the game would be removed from the PlayStation platforms. Head of Xbox, Phil Spencer confirmed that this will not be the case.

Phil Spencer the CEO of Xbox Gaming posted on a tweet that they have no plans of removing Call of Duty on the PlayStation platforms. 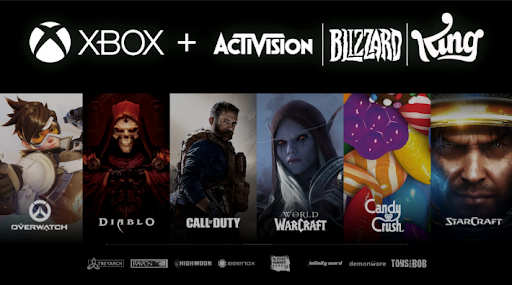 The post does reassure the Call of Duty fans but it doesn’t say what the future holds for the franchise. 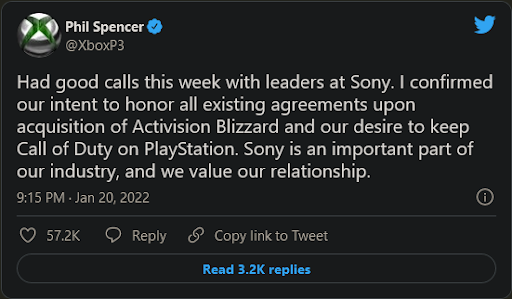 Microsoft, after acquiring ZeniMax last year, took steps to make Bethesda’s upcoming game Starfield to be an Xbox exclusive title. Players thought that they would do the same to Call of Duty.

Find the best deals for Call of Duty merch for yourself or as gifts for friends.

Other possible games that would possibly end up as Xbox exclusives are Overwatch, Warcraft and Diablo.

Sony had been trying to make PlayStation a non-inclusive console by not having a number of their games available for cross-play. 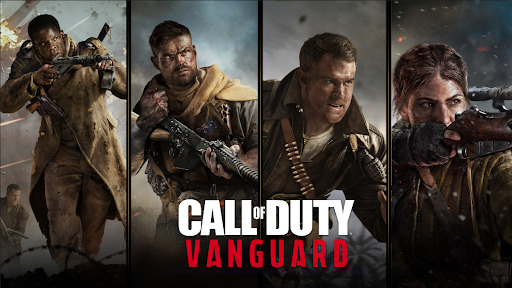 Their latest move was to combine PlayStation Plus and PlayStation Now as a single subscription just like the Xbox Game Pass.

With some of their games not available for the PC, it could be possible that other titles under the Microsoft acquisition won’t be available for PlayStation soon.

Activision Blizzard Acquisition “Made a Lot of Sense”