Chained Echoes has launched on the Xbox Game Pass and both critics and gamers are raving about it.

Chained Echoes is a turn-based JRPG. The game launched on December 8 and is being called one of the best games this year to be available on the Xbox Game Pass. 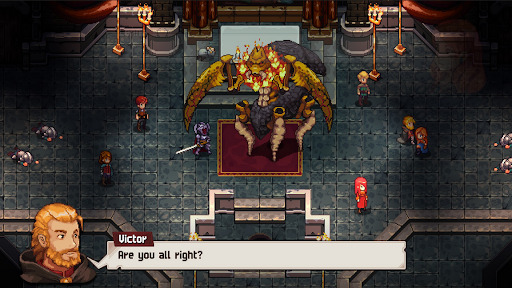 A great thing about the Xbox Game Pass is its day one release. One of which is Chained Echoes.

The game follows a group of heroes who are on a legendary journey to stop a war between three kingdoms located on a magical continent.

The game offers about 40 hours of gameplay and kind of gives a throwback feel to classic JRPG’s with their fast-paced battles, 16-bit style graphics, and a lot of different loot.

Chained Echoes is available on PC, Xbox One, PlayStation 4 and Nintendo Switch.

Buy Chained Echoes for the best deal here on Cheapdigitaldownload.com through our price comparison service and trusted stores.