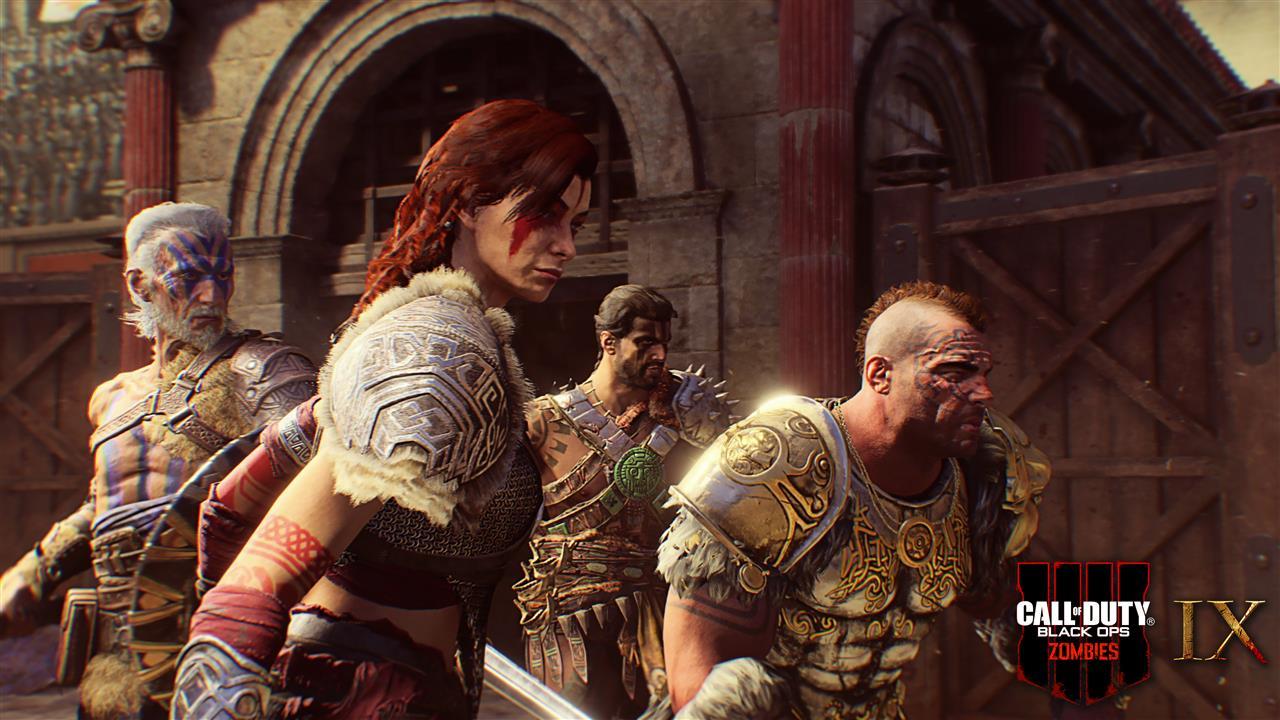 A new Call of Duty Black Ops 4 Zombies trailer has been revealed by Treyarch. This is how the developers are compensating for the lack of a full single player campaign for the game that left a lot of fans disappointed. The new zombie’s mode can get really crazy as you will see in the new trailer.

The trailer starts off with one of the four protagonists of the game mode — Scarlett. She is talking about the estranged relationship she has with her father. It looks like her father is at the center of anything strange that happens from the undead to time travel and even black magic. The other three protagonists Bruno, Diego and Shaw all join Scarlett because it seems that they are indebted to her father.

Basing on the video, the mode has multiple locations that are quite strange. The trailer starts with what looks like the Titanic with the passengers changed into zombies by some strange magic. Then when an ancient staff hit the ground, the group gets transported to what looks like a gladiator’s arena in Rome. Here, a zombie tiger, as well as other deadly creatures, are seen. Everything looks like it came out of a bad dream.

The zombie mode’s melee combat is also often seen in the trailer. We were able to see a barbed whip that retracts into a sword, a huge hammer with magical carvings, as well as an Indian Chakram which is a bit smaller.

Call of Duty Black Ops 4 is scheduled to release on October 12th. Pre-orders are available now which consume for yourself a spot in the August beta. The PC beta, on the other hand, is free to those who have a blizzard account, however, those who order can play one full excited.

Call of Duty Black Ops 4 is going to get 2 betas! Know everything that there is know about it here!