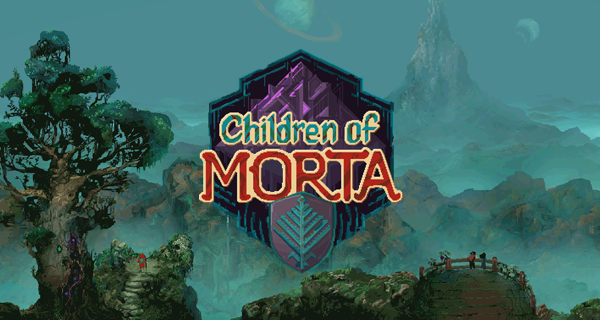 Roguelike RPG Children of Morta from 11Bit Studios will be launching next month for consoles, but before all that, developer Dead Mage would want to acquaint us with the Bergson family.

A character overview trailer for Children of Morta introduces us to the family who at this difficult time, are forced to become heroes. The narrator shares with us who each character is, as well as what their special traits are. Via the narrator, let us get to know, “John– a force to be reckoned with, Lucy– who sets the world ablaze, Joey– a mighty yet gentle giant, Kevin– in unity with the shadows, Mark– nimble as a river, Linda– the one that never misses”. Through the game, players are able to take the role of the Bergson family members in order to fight back the enemies that endanger Mount Morta.

Get to watch the Character Overview Trailer of Children of Morta below:

Children of Morta is set in the once peaceful land of Mount Morta. Corruption has proliferated in the land and has spread misery all across the area. The gameplay offers procedurally generated dungeons as well as a hack-and-slash battle system.

Get to choose from John, Lucy, Joey, Kevin, Mark, and Linda, or whoever will fit your playstyle. Craft new items for them and help in their journey to save Mount Morta.

Children of Morta is already available on PC via Steam and will be launching on October 15th for PlayStation 4, Xbox One, and Nintendo Switch.