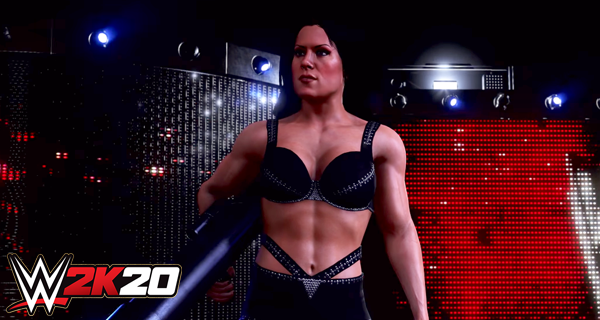 Developer Visual Concepts and publisher 2K Games and 2K Sports were able to reveal the first look of the “9th wonder of the world” Chyna for WWE 2K20. This is actually the first time that the character will make an appearance since the WWF SmackDown: Know Your Role of 2000.

The video trailer is actually just a snippet of Chyna’s entrance. She shoots the bazooka that she is holding before walking down the ramp and makes her way to the ring. We also get to hear the voices of commentator’s Corey Graves and Micheal Cole talking about the time that Chyna was able to manhandle Cole, saying that it was a ”painful memory”.

It had almost been 20 years since Chyna was made a playable character in the franchise. Chyna will be available in the game as part of the Deluxe version or by purchasing the DLC.

If you haven’t seen the other “First Look” videos that launched this month, we are sharing them with you down below. Get to watch the First Look of Aleister Black and Stone Cold Steve Austin.

WWE 2K20 will be launching on October 22 available for PC, PlayStation 4 and Xbox One.