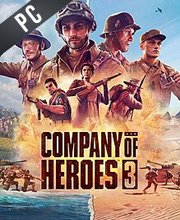 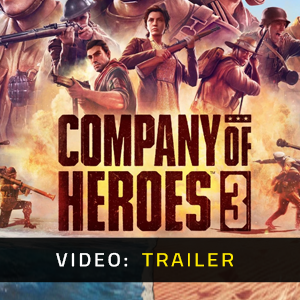 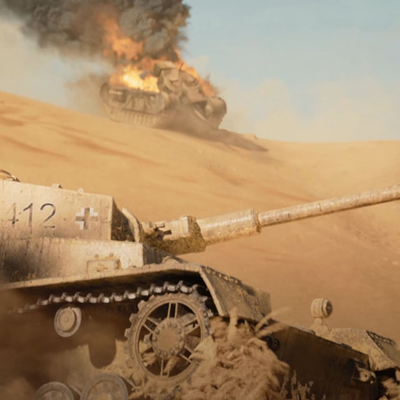 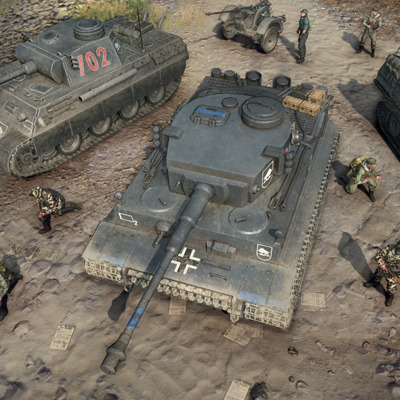 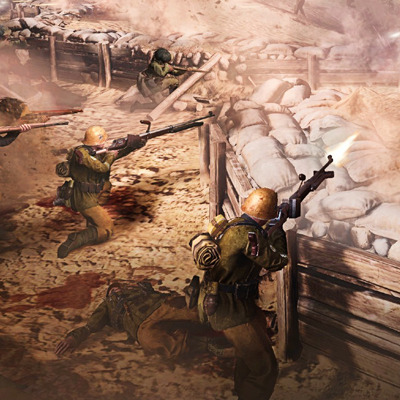 What is a Company of Heroes 3 CD key?

It's a digital game code that allows you to download Company of Heroes 3 directly to your PC from the game's official platforms.

How Can I Find the Lowest CD Key Price for Company of Heroes 3?

The legendary strategy game franchise makes a return bigger and better than ever in Company of Heroes 3 a real-time strategy game with elements of action and tactics made by Relic Entertainment. Take charge of squads in the heat of real-time battle then command entire armies in the overworld as you guide the overall war effort. Experience the untold stories of the Mediterranean featuring next-generation destructible environments, with the help of Relic’s proprietary Essence Engine. Overwhelm opponents with the ground, air, and naval forces as you build supply lines into enemy territories. Learn at your own pace with different game modes like the single-player campaign, and skirmish, before diving into the rich and blistering world of online multiplayer. 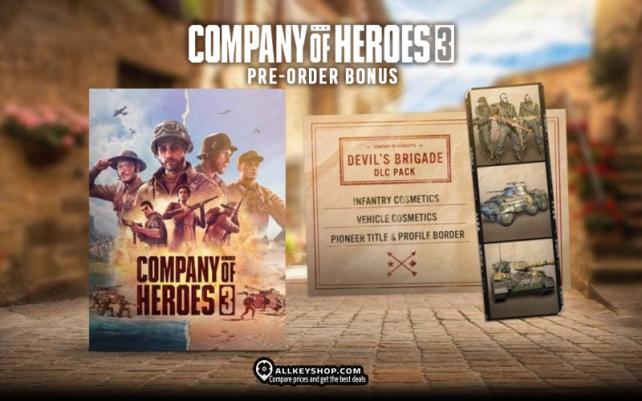 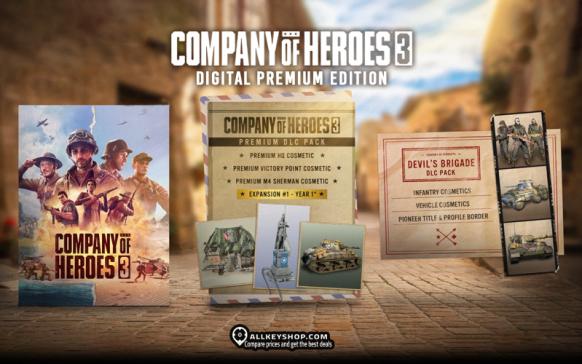 Need help choosing an edition? Check out our guide: Company of Heroes 3 and its Available Editions

Zoom 1m 3m 1y All
Track product
STEAM EN KEY : Steam EN Key to download and play Company of Heroes 3 in English language only. Read the store description carefully about language and restrictions.
STEAM GIFT : A Steam gift is a one-time transfer you receive. You activate and install Company of Heroes 3 to play on Steam, it is a non-refundable game that stays in your Steam games collection. Please read the store description about any language or region restrictions.
STEAM CD KEY : Use the Steam Key Code on Steam Platform to download and play Company of Heroes 3. You must login to your Steam Account or create one for free. Download the (Steam Client HERE). Then once you login, click Add a Game (located in the bottom Left corner) -> Activate a Product on Steam. There type in your CD Key and the game will be activated and added to your Steam account game library.
STEAM KEY ROW : It means for Rest Of the World countries which are not concerned by the region restrictions. This product can't be purchased and activated in Several countries. Please read the store description to know the full list of countries which are concerned. Use the key to Download and play Company of Heroes 3 on Steam.
Premium Edition
Preorder bonus
Standard Edition