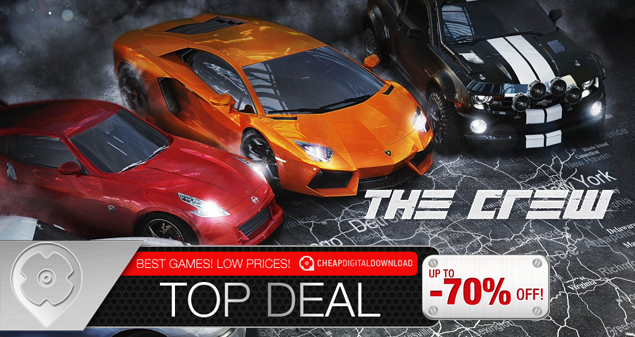 Yep! That’s right! The Crew is getting a new release date, and it’s going to happen worldwide on all platforms on December 2nd. According to The Crew Team’s post on their website, its community has been requesting another round of closed Beta for consoles, and to give way to their requests, they’ve decided to move its release to a later date this year.

The closed beta for consoles will be used to gather more user feedback and other important information so the developers can further improve players’ gaming experience once it goes live.

Meanwhile, the second closed beta for consoles will be launched on November.

Welcome to the next-gen of driving games – Developed exclusively for next-gen consoles, The Crew takes you and your friends on a “reckless drive inside a massive, open-world recreation of the United States”.

Enter the most varied driving experience of all times! – Build your reputation and rise from rank to rank in Detroit’s underground street racing scene, the 510s. Go on a journey across the roads of the United States and encounter other players along the way.

Never drive alone – Join other enthusiasts, team-up and complete challenges together, or go against them.

Live all the adventures of driving – Enjoy the freedom of driving along the roads of the entire United States.

Prepare your car for the next job – Customize your ride and get it all geared up for your next challenge.

Welcome to next-gen driving – Get new vehicles, customize it the way you want to, and show it off to other enthusiasts!