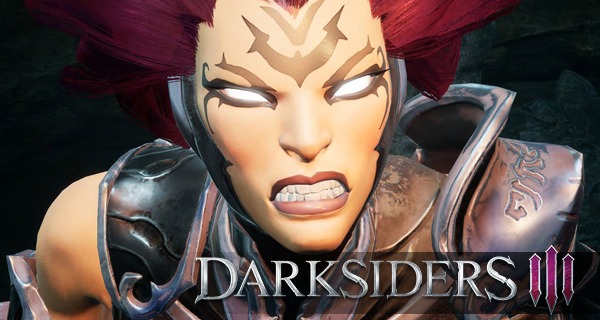 We have for you the Darksiders 3 review roundup as the game has launched yesterday. Know if the hack-and-slash action adventure game has passed the taste of the critics. The game features one of the four Horsemen of the Apocalypse named Fury. Her mission is to rid the world of the Seven Deadly Sins. Sounds exciting, right? Let’s find out what the critics have to say.

Darksiders connoisseurs have to change a bit, because lightning fast evasion is this time even more important than in the previous games! Perfect timing is even rewarded, because if you escape an attack at the right moment, you will make a strong counterattack. This helps especially with larger attackers who send Fury with few blows on the mat. All the more annoying is that many areas of the game world – such as skyscrapers, warehouses or subway tunnels – are designed so narrow that precise Dodge becomes a matter of luck. Added to this is the unfortunate camera work, which likes to lose sight of the heroine in narrow corridors. ~ Felix Schütz

Despite the issues that drag down Darksiders III, it’s still an excellent hack-and-slash action RPG that is more than worth the $60 purchase. Combat is challenging and fun, the game world is richly detailed and full of secrets, and the artistic presentation is nothing short of phenomenal. Darksiders III is definitely a game that you should pick up, and the Darksiders franchise is definitely here to stay. ~ Brendan Lowry

I was eager to see what was around every corner. The layout of the world, the way Fury explores it, the few puzzles, and the combat are all well-designed, elevating it above the elements that make it feel like a game from the past. ~ Kyle Hilliard

Overall, I honestly loved Darksiders III in spite of its shortcomings. It does have some serious problems, but the world and level designs as a whole save it in my eyes. Taken on its Metroidvania merits, it absolutely nails what makes the genre one of my favorites. After beating Darksiders III‘s surprisingly easy final boss, I honestly just wanted more. It’s the first 3D Metroidvania game I’ve played in years that scratched that itch. The exploration and navigation are all sublime and extremely enjoyable. ~ Andrew Farrell

The straightforward simplicity of Darksiders III is a refreshing change of pace after exploring so many dense open-world games. That simplicity doesn’t refer to the combat or boss battles, though, which are complex and almost startlingly unforgiving. Its throwback philosophy is comfort food for action gamers of a certain age, but it would’ve been nice to see the third game in the series introduce some new concepts to relaunch Darksiders in the modern age. ~ Daemon Hatfield

And there you have it. The game’s ratings are so mixed but border on the low side. Some of the negatives about the game are about the performance because it is buggy and inconsistent. If you are fans of the game you really would enjoy this, as patches can sure fix the performance issues. However, if you are new to the franchise and is really curious about the game, why don’t you give it a try and share your comment with us.

We do offer the best rates for any game with our trusted stores and price comparison service here at Cheapdigitaldownload.com