Darksiders Genesis Review Round Up 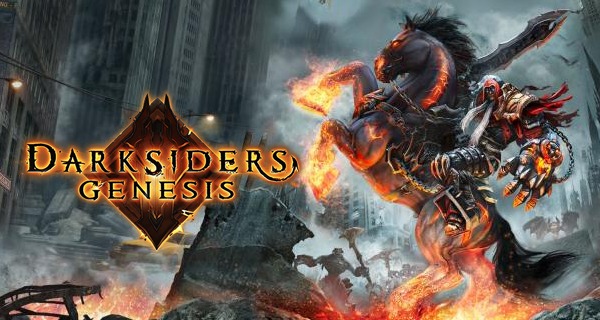 Publisher THQ Nordic and developer Airship Syndicate’s newest game Darksiders Genesis launches today! The game features two of the Horsemen of the Apocalypse – War and Strife. Unlike the other Darksiders games, Genesis is played as a top-down hack-and-slash that kind of looks like Diablo, but that is the only similarity that they have. If you are curious about the game, we have for you a critic’s review round up below.

These notable sites were able to get their hands on the game at an earlier time and make their reviews. Find out what they think about the game below:

DARKSIDERS GENESIS REVIEW ROUND UP

“As a stopgap between Darksiders 3 and the eventual Darksiders 4, Genesis scratches an itch in an unconventional manner that deserves some appreciation for trying something new along the way. Darksiders Genesis is action and co-op play firing on all cylinders. Even if I do need to strap a pair of binoculars to my face to see what I’m doing.”

“In many ways, Genesis could be described as Darksiders light, however, that doesn’t make it any less of an enjoyable experience. The camera angle might make the world seem smaller, but Darksiders Genesis is as epic as anything the series has produced thus far.”

“Darksiders Genesis loses very little of its signature nature while also adapting well to a style that will remind players of the best of other games in its newly embraced genre, with only a few hiccups along the way.”

“A great one-shot adventure or an enjoyable grindfest, depending on which you want.”

“On the whole, Darksiders Genesis is a fun, but samey hack-and-slash romp. I’ve always admired the Darksiders franchise for jumping to different styles of play from game to game: Darksiders Genesis is its biggest jump yet, and one of its most successful. Though it feels understated, thanks to a pulled-out camera and a less flashy approach than the original three, it’s a well-designed gauntlet of quick, mashy fights and light brain teasers. It’s not going to set the world on fire, but it’s all good fun.”

“I came into Darksiders Genesis expecting nothing and got a fun little co-op dungeon crawler in return. Although the concept of a “Diablo spinoff for the Darksiders series” had the potential to just be a big bowl of wrong, the mad men and women at Airship Syndicate pulled it off. Long live Darksiders.”

“Darksiders Genesis manages to twist the series’ formula successfully, offering plenty of engaging puzzle-solving and treasure hunting, both elevated by the good mission and location design. Repetitive combat, lack of a true loot system and a few other issues prevent the game from being a must-buy for everyone, but Darksiders fans will surely enjoy their time with the game, even more if they have a friend to play with.”

As you’ve noticed in the Darksiders Genesis review round up, the game does have Generally Favorable reviews. A lot of the critics were impressed with the game, most have a few complaints about the game’s camera angles but it sure is a solid game!

Darksiders Genesis is now available for PC. The console launch of the game will be on February 14, 2020 for PlayStation 4, Xbox One and Nintendo Switch.