Desperados 3 Explanation Trailer Reveals a Lot About the Game 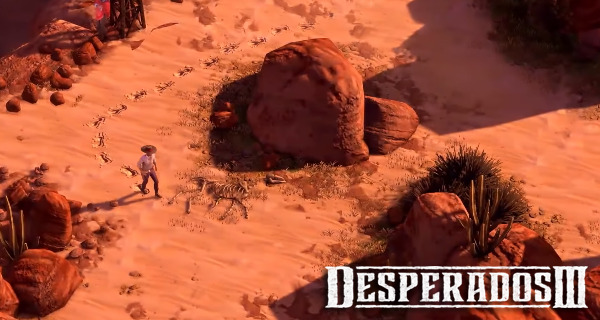 THQ Nordic has launched a Desperados 3 explanation trailer which actually reveals a lot about the game.

Desperados 3 has a tactical-stealth gameplay that has a western theme. Players will be controlling a small group of characters and each one has their own skills and abilities. There will be different scenarios available in the game that would either require you to shoot your way through or stealthily go about it.

The stealth mechanics of the game can be seen in the trailer. Whenever you are heavily outnumbered, you can either use stealth to make sure that you and your crew will come out alive or go on a brutal rampage and hope that everybody gets out alive.

Watch the Desperados 3 explanation trailer below:

The game comes with a Quick Save as well as a Quick Load option which is great if you would need some time to think about your strategy about certain situations.

A Showdown ability has also been added which lets players pull off timed attacks as well as create a combo of actions using your whole crew. This ability will also give you time to think about your strategy and come up with the perfect plan to get around a sticky situation.

Desperados 3 will be launching on June 16, 2020 and can be played on PC, PlayStation 4 and Xbox One.