The Diablo 4 launch date and the pre-order bonus have been revealed, get to know about it here.

Rumor has it that Blizzard will be opening pre-orders for Diablo 4 by December. The game’s expected launch date is sometime in 2023. 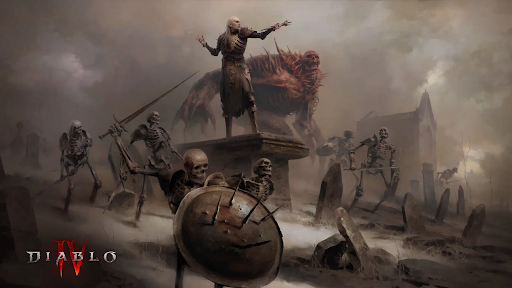 According to the reports of Windows Central, Blizzard will be announcing the launch date and pre-orders of Diablo 4 by December 8.

While waiting, you might want to consider playing Diablo 3.

Gamers first thought that the pre-orders for Diablo 4 would be launched during The Game Awards since Blizzard announced the game would launch sometime in April of 2023.

If the game launches by April of next year, then it could be possible that the early access would happen sometime in February along with an open beta possibly.

Right now there are no official announcements from Blizzard for the pre-order dates or even the release dates, but one good thing is that December is just around the corner, and we will get to know by then.

Find out more about the Diabl0 4 campaign and level cap in this article: Diablo 4 Details Shared By Game Director

Get to pre-purchase the best CD key deal for Diablo 4 on Cheapdigitaldownload.com through our price comparison service and trusted stores.

You can also get the best deal for video games in an instant with the Allkeyshop browser extension. Make sure that you have yours now.