DiRT 5 Pushed Back to November

September 8, 2020 at 9:20 AM in Digital Download News, Gaming News, GNews with no comments 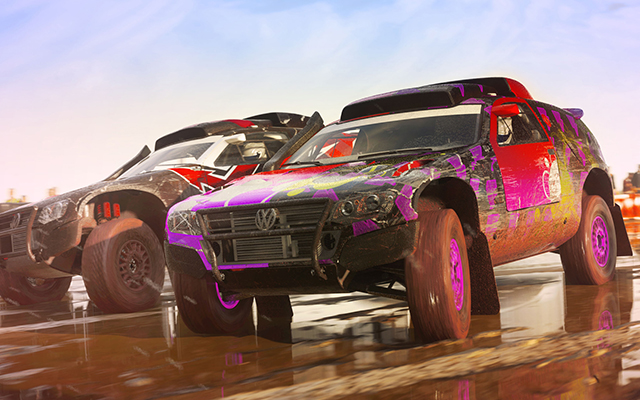 DiRT 5 has been delayed again as announced by Codemasters. The new date for the game’s launch has been posted on Twitter which is now November 6 for PC, PlayStation 4 and Xbox One. The game was originally announced for October 16th.

PlayStation 5 and the Xbox Series X versions are still launching this year and the game’s Stadia version will be available by 2021.

Codemasters also promised that additional news will be released before the game launches in November. 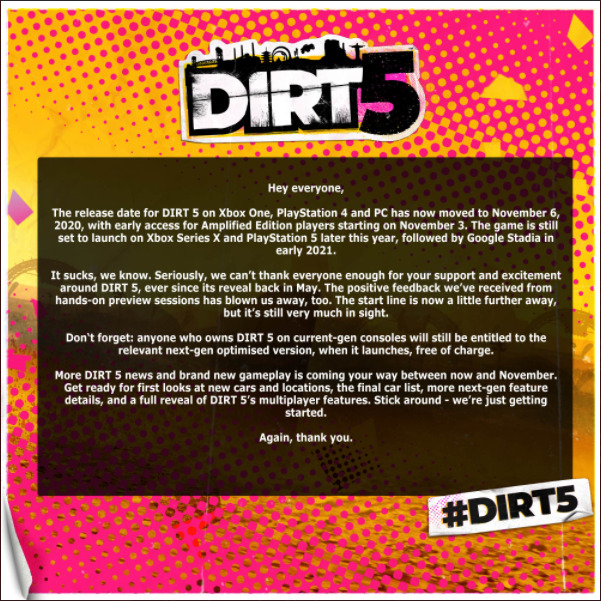