DiRT Rally 2.0 Critics Reviews Round Up 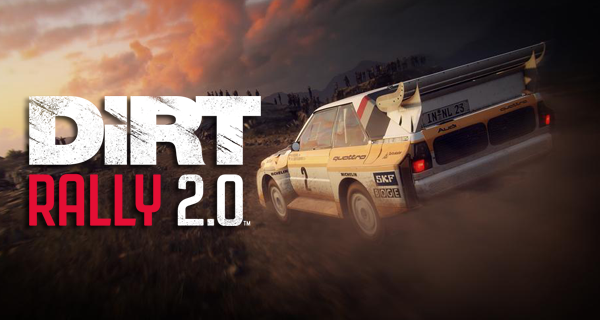 Codemaster’s racing video game will be out in the market soon. Get to race across the globe and choose from, the most powerful off-road vehicles there are. Some real-life off-road locations will bring you to New Zealand, Argentina, Spain, Poland, Australia, and the USA. Play the single-player Career Mode or perhaps the Multiplayer Online Mode.

Find out what the critics have to say about the game in our review round-up.

“Dirt Rally 2.0 is as punishing as the discipline it simulates. If you want to play a fun racing game that doesn’t punish mistakes ruthlessly and ask you to dig deep right off the bat, Dirt Rally 2.0 probably isn’t the game for you. However, if you want to take the simulation aspect seriously this is absolutely the game you want. It’s the best rally sim out there right now.” ~ Stirling Matheson

“Because although this isn’t a complete overhaul of the last Dirt Rally, it does feel like progress. Certainly progress in the visuals, which look more than just four years down the line in this game. Progress in the level of immersion, thanks to tiny touches like driving beyond the finish line to the steward after each stage. And certainly progress in a sense of overarching structure to singleplayer racing, thanks to the team management conceit.” ~ Phil Iwaniuk

“DiRT Rally 2.0 far surpasses other rally titles and other games that feature, though don’t specialise in rallying. With an extensively detailed roster of cars, where each of them feels, handles and reacts differently, on tracks that actively degrade through constant use, changing the lines you’ll have to take, this is a game that will keep you thinking. Best of all, unlike its prequel (to an extent) and other racing sims, it’s accessible thanks to a bevy of assists that you can change to suit your needs. A game that only features a few downsides, the primary one being a shallow career mode and some minor bugs here and there. All things considered, DiRT Rally 2.0 is the premier rally experience you could hope to have.” ~ Chris Wray

“Dirt Rally 2.0 feels great, looks good, and sounds fabulous. It doesn’t take long until you’re redoing the same stages over and over and career mode is still a little plain, but Dirt Rally 2.0 is a confident rally racer for serious revheads. Stern, focussed, and harder than a woodpecker’s lips, it’s as tricky to tame as its predecessor but doing so is as satisfying as ever.” ~ Luke Reilly

“DiRT Rally 2.0 is a worthy successor to DiRT Rally. The driving/car physics, which feel as sophisticated as anything else out there, are only slightly hindered by mediocre force feedback. The tracks and surrounding countryside are gorgeous in their own right; the environmental lighting and shadows serve to make them stunning at times. The addition of Rallycross serves to make DiRT Rally 2.0 two great simulations in one package.” ~ Dave Gamble

And there you have it! The reviews are generally positive with one critic even saying that this is the “best rally sim around”. 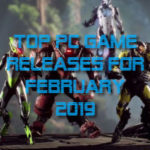 Find out what the Top PC Games are of 2019 are with us here!