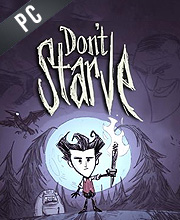 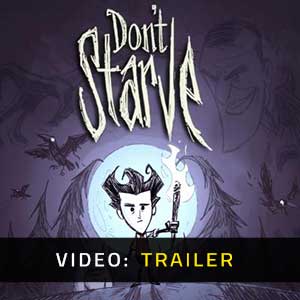 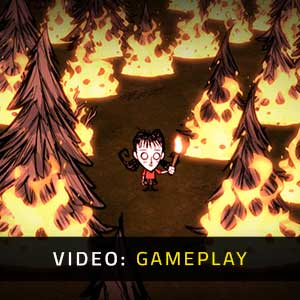 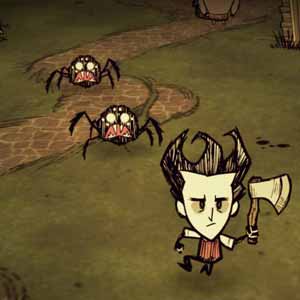 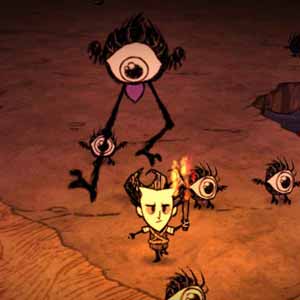 What is a Don't Starve CD key?

It's a digital game code that allows you to download Don't Starve directly to your PC from the game's official platforms.

How Can I Find the Lowest CD Key Price for Don't Starve?

Don’t Starve is an uncompromising open-world survival crafting game developed by Klei Entertainment, you play Wilson a scientist trapped on a hostile island by a powerful demon, you must learn how to survive in this new environment by exploiting the land itself and its inhabitants do whatever you can to survive in hopes that one day you can come back home.

Don’t Starve starts off slow and punishing and continues to get even harder as you play. Its merciless difficulty coupled with its monotonous gameplay can leave some players feeling frustrated and bored. However, those who enjoy a good challenge will relish the satisfaction they’ll get when they manage to outlive their previous record or clear the game’s evil Adventure mode.

The feeling of accomplishment when you manage to fend off countless cruel beasties, survive unrelenting foul weather, and fill your belly is potent. Mastering the wilderness is a difficult road, but from it comes a sense of empowerment. Of course, you could still lose it all in an instant. Such is the fickle nature of Don’t Starve.

The Bundle 1 Edition includes two games in one Dont Starve and Dont Starve together in their base game form.

The Bundle 4 Edition includes Dont Starve’s base game and all three of its DLC expansions.

The Bundle 5 Edition contains a collection of fan-favorite games by Klei entertainment (up to 2020) including their DLC’s.

The Giant Edition +DLC includes Don’t Starve’s base game plus the Reign of Giants DLC.

Reign of Giants expands the world of don’t starve adding new mobs, biomes, mechanics, and characters to the surface world. The introduction of expanded seasons to the game, and of course the Titular Giants big bad creatures that will take a lot of effort to hunt them down.

A new Adventure awaits in the archipelagoes of Don’t Starves Second DLC expansion, build seaworthy vessels and sail the seas to discover new and dangerous islands brimming with new creatures, biomes, and items.

Discover a lost civilization of pig men in Dont Starves 3rd DLC expansion Hamlet, track down a lost city deep inside the jungle integrate yourself into pig men society, mingle with the pig aristocratic elite, participate in the pig economy, buy houses inside the city, and prepare yourself for the coming Aporkalypse.

Zoom 1m 3m 1y All
Track product
GOG.COM CD KEY : You need to register on Gog.com, then use the GOG Key to download and activate your game to play Don't Starve.
PUBLISHER WEBSITE CD KEY: Use the CD Key Code to download directly on the Official Website or from the store to play Don't Starve. Follow the instructions given by the store. Verify languages available and possible region restrictions before buying.
STEAM GIFT : A Steam gift is a one-time transfer you receive. You activate and install Don't Starve to play on Steam, it is a non-refundable game that stays in your Steam games collection. Please read the store description about any language or region restrictions.
STEAM CD KEY : Use the Steam Key Code on Steam Platform to download and play Don't Starve. You must login to your Steam Account or create one for free. Download the (Steam Client HERE). Then once you login, click Add a Game (located in the bottom Left corner) -> Activate a Product on Steam. There type in your CD Key and the game will be activated and added to your Steam account game library.
PC Win 10 / Xbox Key. Digital code which allows you to play on both Xbox and Windows 10 PC. See below for more informations.
North America PC Win 10 / Xbox Key. Digital code for North America which allows you to play on both Xbox and Windows 10 PC in EUROPE. See below for more informations.
Bundle
Bundle 1
Bundle 4
Giant Edition
Giant Edition + DLC
Standard Edition

Deffinitely great game,survival mode,it is based on collecting food to stay alive,and rocks and flint to make axes and stuff to get you some woods and grass so you can build a camping fire and build your own shelter to be covered of wild “animals” that are attacking you.. Game is amazing and now the multiplayer mod is coming so you can play with friends,great expirience,you should buy it but leave one for my frined so we could play

the most thing i like in this game is the way to
challenge the player to survive in a wilderness environment for as long as possible. In Survival Mode