Playing Dying Light 2 could reach 500 hours depending on the player’s playstyle as explained by Techland.

Just recently, Techland had been under fire because of the Dying Light 2 playtime that they posted. A lot of people had been talking about it.

The post was made on Twitter and it reads: “To fully complete Dying Light 2 Stay Human, you’ll need at least 500 hours – almost as long as it would take to walk from Warsaw to Madrid.” 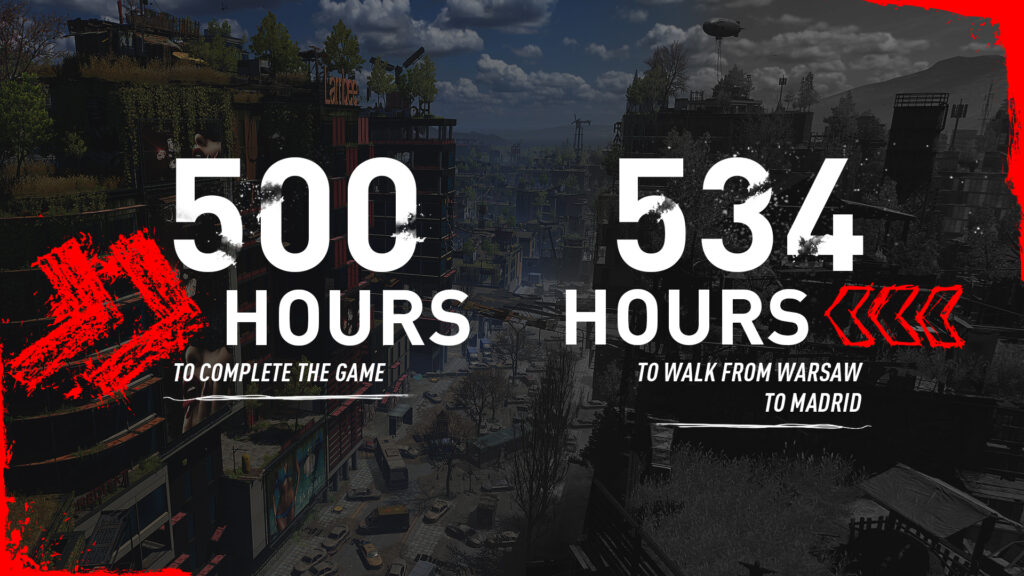 Those who were excited about the game were fuming, as they literally thought that it takes 500 hours to finish the game. Techland had to clarify what they meant about the “500-hours gameplay”.

Techland explains that the length of time to complete Dying Light 2 depends on the player’s playstyle. Players who would just want to go through the game’s main story could do it in just 20 hours. For those who like doing side quests along with the main game, it can be completed in 80 hours.

The 500 hours gameplay as Techland explains is if a player will “max out the game with all the main and side quests, choices and endings, checking every place on the map, every dialogue, and finding every collectible.” 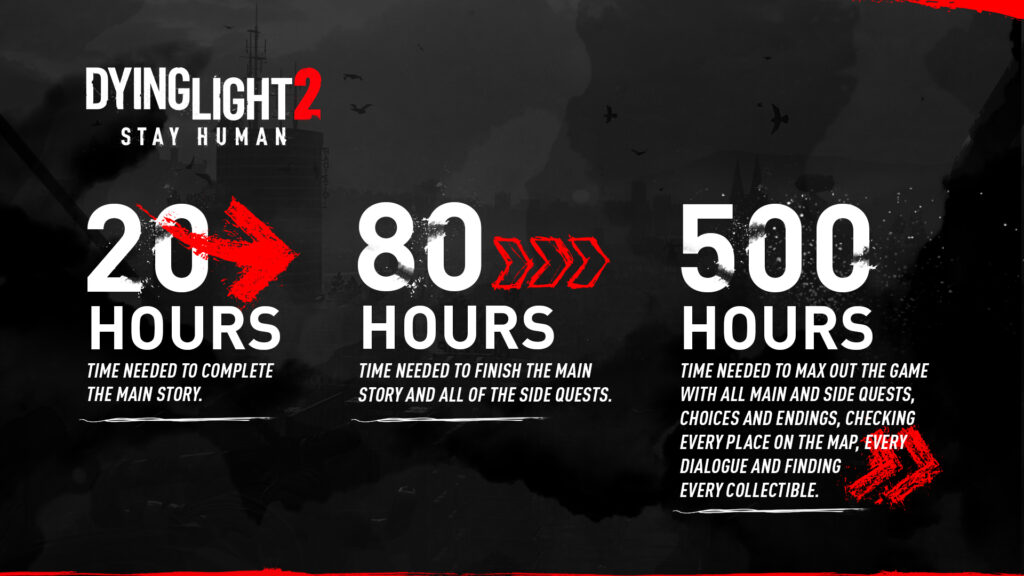 Are you one of those who would just play the game for the story or will you be a completionist and try to reach the 500-hours gameplay? Share your thoughts with us in the comments below. 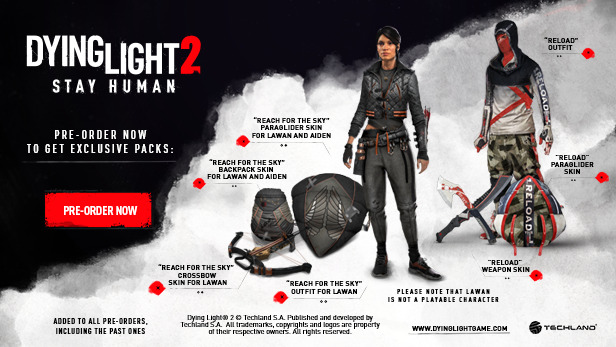 Pre-orders of Dying Light 2 is well underway and it comes with an exclusive “Reach the Sky” by Rosario Dawson pack plus a Reload skin pack.

The game also comes in different editions which you can check here.

Dying Light 2 Stay Human is set to release on February 4, 2021, and is available to be played on the PC, PS4, PS5, Xbox One and Xbox Series X|S. A Nintendo Switch version will also be available but at a later time saying that it will be delayed “within six months from the original date”.