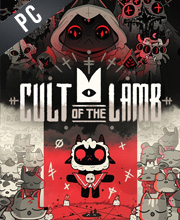 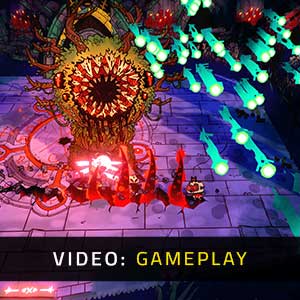 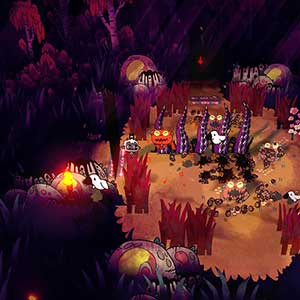 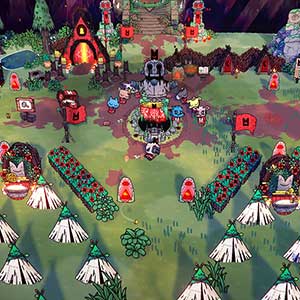 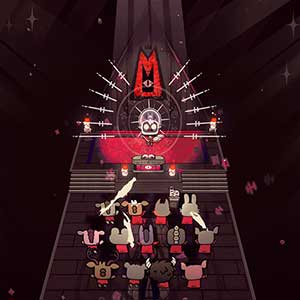 What is a Cult of the Lamb CD key?

It's a digital game code that allows you to download Cult of the Lamb directly to your PC from the game's official platforms.

How Can I Find the Lowest CD Key Price for Cult of the Lamb?

CheapDigitalDownload.com compares trusted sellers to find the cheapest discount codes and best sales on Cult of the Lamb digital download prices on the USA market.

Your soul was going to be annihilated, but after a dark bargain with a Mysterious stranger you managed to save it, but at what cost? Cult of the Lamb is an action roguelike game with base building elements and survival mechanics as well, made by Australian game developer Massive Monster. The price for saving your soul was undying loyalty to him and to start a cult to worship in his name, cleanse the land of false prophets and non-believers, spread the truth, and become the one true cult.

This comes with the base game and exclusive skin.

You will get the full game and the Cultist Pack with a seven-piece decoration pack for your charming commune, as well as five exclusive follower forms.

Cult of the Lamb Cultist Pack

The Cult of the Lamb Cultist Pack includes a decoration pack that is seven pieces as well as five exclusive worshiper skins.

GOG.COM CD KEY : You need to register on Gog.com, then use the GOG Key to download and activate your game to play Cult of the Lamb.
STEAM GIFT : A Steam gift is a one-time transfer you receive. You activate and install Cult of the Lamb to play on Steam, it is a non-refundable game that stays in your Steam games collection. Please read the store description about any language or region restrictions.
STEAM CD KEY : Use the Steam Key Code on Steam Platform to download and play Cult of the Lamb. You must login to your Steam Account or create one for free. Download the (Steam Client HERE). Then once you login, click Add a Game (located in the bottom Left corner) -> Activate a Product on Steam. There type in your CD Key and the game will be activated and added to your Steam account game library.
STEAM KEY ROW : It means for Rest Of the World countries which are not concerned by the region restrictions. This product can't be purchased and activated in Several countries. Please read the store description to know the full list of countries which are concerned. Use the key to Download and play Cult of the Lamb on Steam.
Cultist Edition
Preorder bonus
Standard Edition