The Duke Nukem Forever’s 2001 iteration has been leaked and those interested are able to download it and play it right now.

Duke Nukem Forever started its development in 1997 and was supposed to launch in 1998. However, the deadline was not met and the game actually launched in 2011.

The more than a decade wait proved to be not worth it, as the game was not up to par not even reaching the lowest of expectations.

Now, just recently Duke.net shared a leak in 4chan which looks like the Dune Nukem Forever E3 iteration. According to “x0r”, it looks like it comes with “almost every chapter… in some form.” 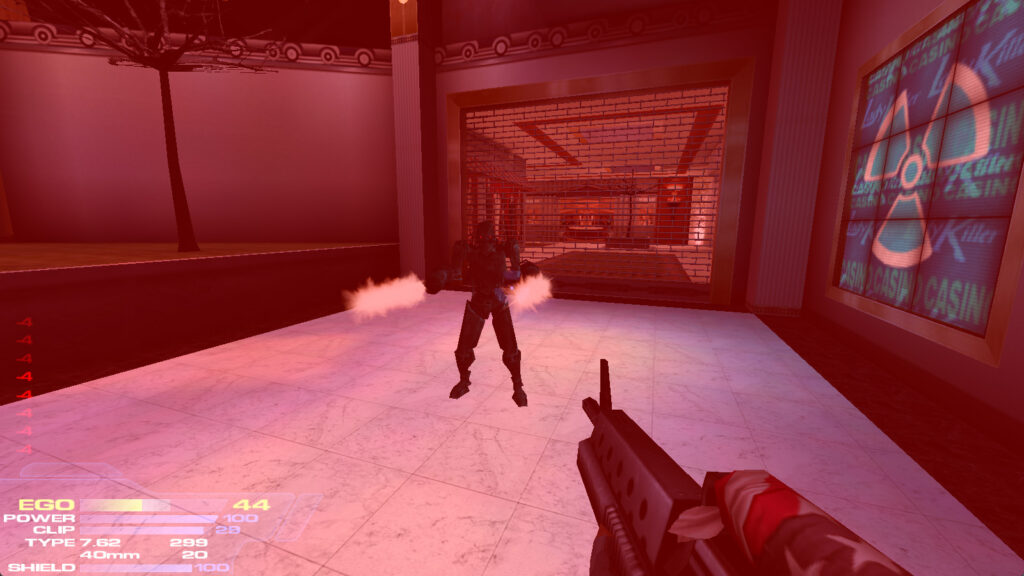 A whole bit of the game is playable and it comes with all the content from E3, but it does come with black-out parts that don’t have enemies. Here, players are able to use all types of weapons except the chainsaw and the freezer.

The leak was supposed to launch in June, but Kotaky already posted that the game can be downloaded from the Internet Archive right now. 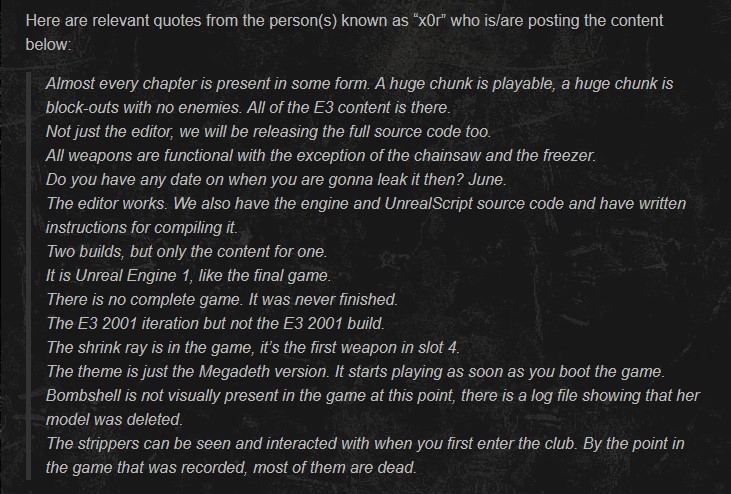 The Duke Nukem Forever 2001 iteration comes with the Unreal Editor. This was used to create the maps of the game. The source code had also been included which allows players to make changes to it.

Do note that the game is still a work in progress and it is quite buggy. Good thing the people at Reddit were able to come up with workarounds to make it playable.