According to Elden Ring’s source code, a PvP ranking system could be coming to the game.

This information came from a data miner named @StrayKurtis who found some unused text pop-ups in Elden Ring. The text suggests that a DLC will be added to the game that will bring the PvP ranking system.

The text pop-ups look like a kind of progression system for the many factions available in the game.

@StrayKurtis posted on Twitter “#ELDENRING datamine fun fact: There are several unused text popups related to the various online interactions(invasions, coop, etc). Perhaps there are some sort of ranking systems in the works?” 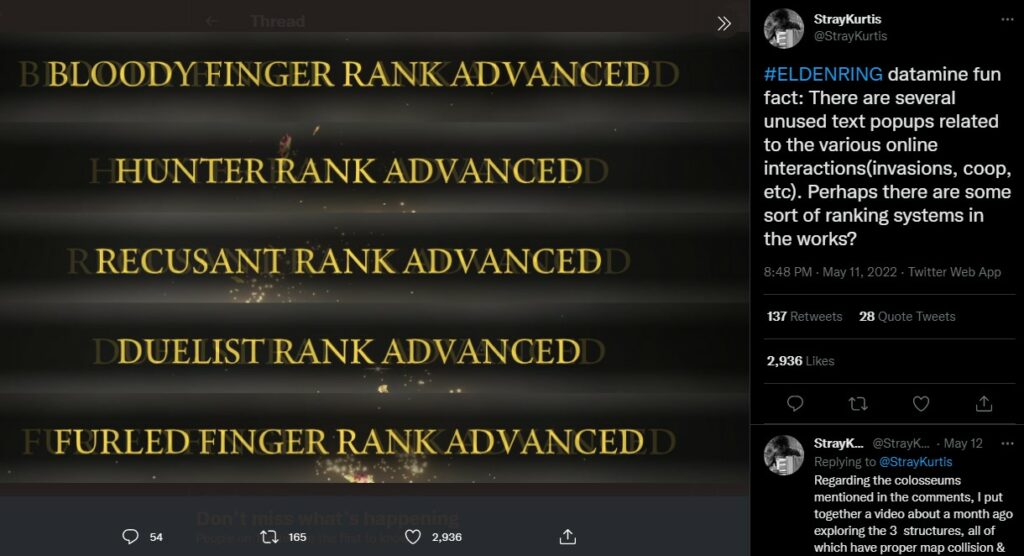 Since this is a FromSoftware game, the possibility of this leak coming true is huge. We are basing this on FromSoftware’s Bloodborne which comes with a kind of PvP ranking system. With the system, players who are able to defeat other players get rewards that are specific to their factions. The rewards can be traded so that the players are able to increase their rank. 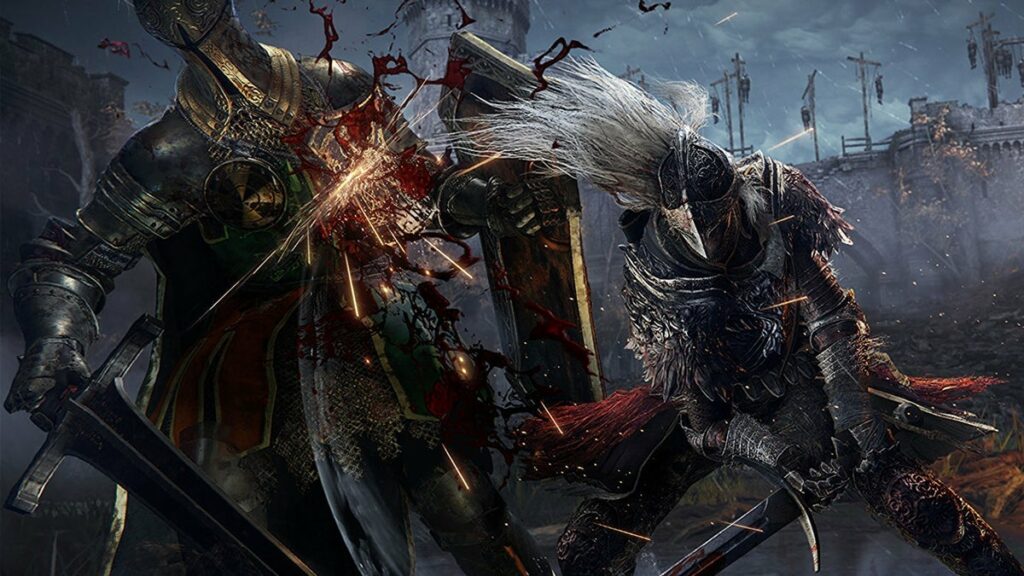 It is also possible that the information in the source code could only be previous Elden Ring content that had been scrapped by the developers.

Elden Ring is breaking records left and right, and players are wanting more content. It is possible that the developers are working on something to keep their players happy. We will know more if and when FromSoftware makes an official announcement.

If you don’t have Elden Ring yet, we offer the best deal for the game here at Cheapdigitaldownload.com. Check them out below: