The Callisto Protocol Season Pass content has been confirmed by Striking Distance Studio.

ABOUT THE CALLISTO PROTOCOL SEASON PASS

CEO of Striking Distance Studio, Glen Schofield confirmed via Twitter that The Callisto Protocol season pass will not have cut content. 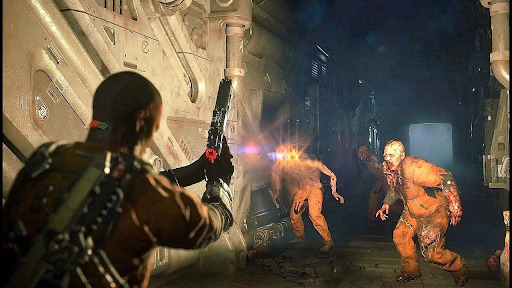 The Callisto Protocol Season Pass will come with:

Gamers have been concerned as to if the season pass content is cut from the original game.

One of the major concerns is that 13 kill animations that are included in the season pass are said to be cut from the main game even though it was shown in the game’s marketing campaign. 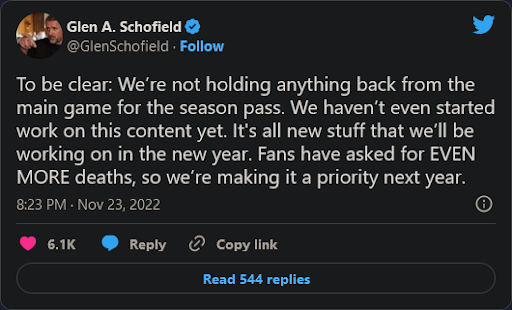 Schofield denies this and said that they are “not holding anything back from the main game” and “haven’t even started work on the content yet.”

PRE-PURCHASE THE CALLISTO PROTOCOL ON CHEAPDIGITALDOWNLOAD

You are sure to get the best video game deal for the Callisto Protocol CD key here on Cheapdigtitaldownload.com through our price comparison service and trusted stores.

Get the best video game deals in an instant with the Allkeyshop browser extension. Make sure you have yours now.