Ubisoft has shared Far Cry 6’s Season Pass, DLCs, and post-launch content. The game is set to launch by October 7, 2021.

The Far Cry 6 roadmap gives us an idea of what to expect in the game. We get to see the timeline for when the villains of previous Far Cry games would appear, we also get to see when to expect some in-game items and crossover missions. Some of our favorite villains are making a comeback in Far Cry 6. 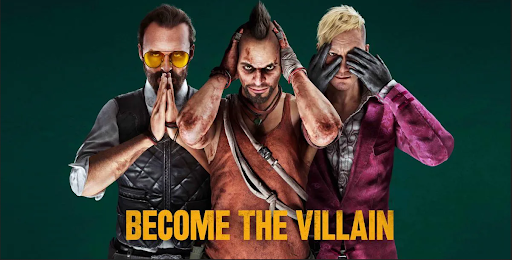 Three of the previous Far Cry villains are making a comeback via three different DLC episodes. 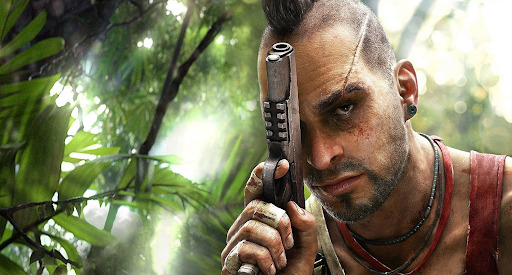 We get to see Vaas in Far Cry 3 taking the lead of a group of pirates in the Rock Islands. He is violent, reckless, sadistic and shows no remorse.

One of the best moments in Far Cry is Vaas’ insanity monologue, where he begins with, “Did I ever tell you what the definition of insanity is?”

Pagan Min is the villain of Far Cry 4. He inherits the drug cartel of his father and immediately builds his private army. 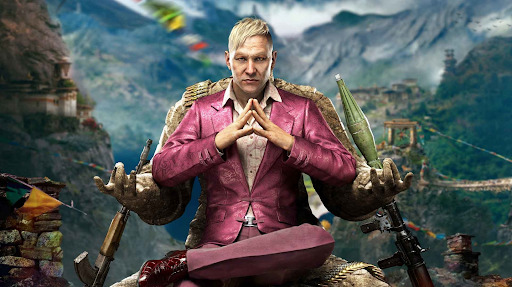 He makes a pack with the Royalists against the Nationalists. He then betrays them which leads to Kyrati’s second civil war.

Joseph Seed is probably fresh in your minds, he is the villain of Far Cry 5. The megalomaniac leader of the extremist religious group called Project Eden’s Gate. 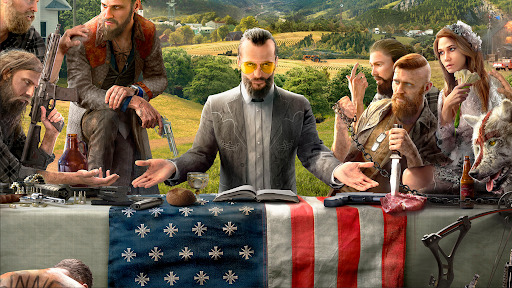 Joseph and his siblings brainwash the members of their cult using fear, drugs and violence.

He believes that he is the chosen one to bring on the apocalypse of Hope Country. 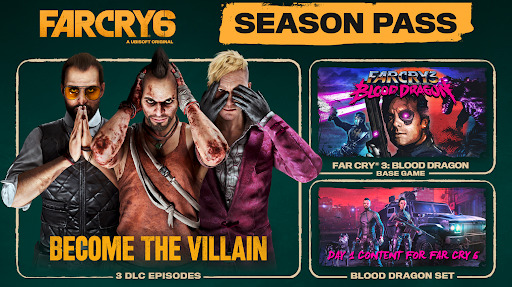 The Season Pass also includes the Far Cry 3 Blood Dragon Set having seven in-game items that can be used for Far Cry 6:

Ubisoft promises weekly new content when the game launches. This means that the game will not end when you finish the campaign.

There will be weekly insurgencies where you get to eliminate the supporters of Antón Castillo as they cause destruction across Yara. There will be three cross-over missions available which will feature Danny Trejo, Rambo, and Stranger Things.

Far Cry 6 is set to launch on October 7, 2021. It is available for PC, PlayStation 4, PlayStation 5, Xbox One, Xbox Series X|S and Google Stadia.

Keep it here for all the latest Far Cry 6 news! You can also get the best deal for this game here!