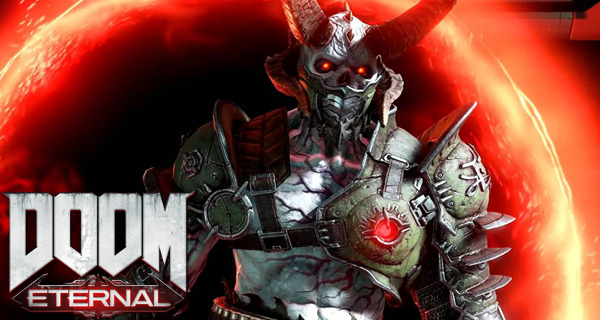 Both id Software and Bethesda promised a month-long exclusive series on their upcoming game Doom Eternal. They partnered up with IGN for this and their topic this time is the game’s enhanced weapon and system.

In the gameplay video clip, we get to hear Doom Eternal’s Game Director Hugo Martin as well as IGN’s James Duggan. Hugo discusses that there are two mods per gun in the game except for the super shotgun and the BFG. The mods are encouraged in the game as some of them are aimed at the weak points of demons making them easier to kill. An example was the sticky bomb that attaches to the weak points of demons and takes them out with just one shot. The plasma rifle destroys the shield of an enemy. The Arbalest mod effectively takes out a flying enemy. There is so much more that had been discussed and you can watch it all below courtesy of IGN.

Experimentation is encouraged with the use of the mods, however, in the codex, a bestiary is available that comes with the lore of each demon as well as their weaknesses.

The game’s mastery system had also been talked about a little, this is where the weapon mods are upgraded when you finish some in-game challenges.

Doom Eternal is set to launch on March 20th available for PC, PlayStation 4, Xbox One and Google Stadia. The game will also be available for the Nintendo Switch later in the year.