Everything That You Need To Know About Amazon’s New World

Amazon’s upcoming MMO called New World is still in Alpha testing and remains under NDA. However, there has been a recent update from the developers about gameplay changes that can be shared.

What Is New World?

New World is an MMO game from Amazon Game Studios that is currently in development.

It is the 17th century and it is the Age of Exploration. The game is set on the fictional and supernatural island of Aeternum where players are able to explore, trade, fight and build up their reputation.

As you journey, you get to discover ancient ruins, battle it out with supernatural enemies and wage war on other players.

What Kind of MMO Is New World?

The game comes with a lot of PvE, boss fights, crafting, scavenging and questing.

There is also an option to wage war against other players in the 50v50 PvP War Mode.

What Classes Are In New World?

The game doesn’t come with classes and players are able to progress however they wish by customizing their skills, abilities and masteries.

Is a Subscription Needed to Play New World?

A subscription is not needed to play. You just need to purchase the game for $40 on Steam or Amazon.

There may be expansions made available in the future which would require purchasing.

Just this January 19th, the latest patch notes for the game had been released and there were adjustments done to the game’s crafting and combat systems.

If it’s the first time you’ve heard about the game, here’s the game’s official trailer below.

Is the New World Beta Still Open to Sign Up For?

Yes. Right now the game is in its alpha phase and plans for it to enter closed beta have been plotted on July 20th. Sign-ups can be done by pre-ordering the game or signing up on the game’s official site.

Does New World Have PvP?

Yes, it does. Players are able to join Companies which are groups that will battle for dominance of the land. The massive fights can reach up to 100 players.

If you are not into the whole politics of being in a Company, an option is to still join one but just go on and fight other players that you meet on the road. Make sure you’ve enabled PvP.

How is New World’s Combat?

Just like other MMO’s, the game’s combat is where players are able to use rifles, swords, spears, bows and some magic. The type of weapon that you can use depends on your active and passive skills.

Upon leveling up, use the points that you’ve earned on your preferred stats to increase health, agility, damage and so forth. 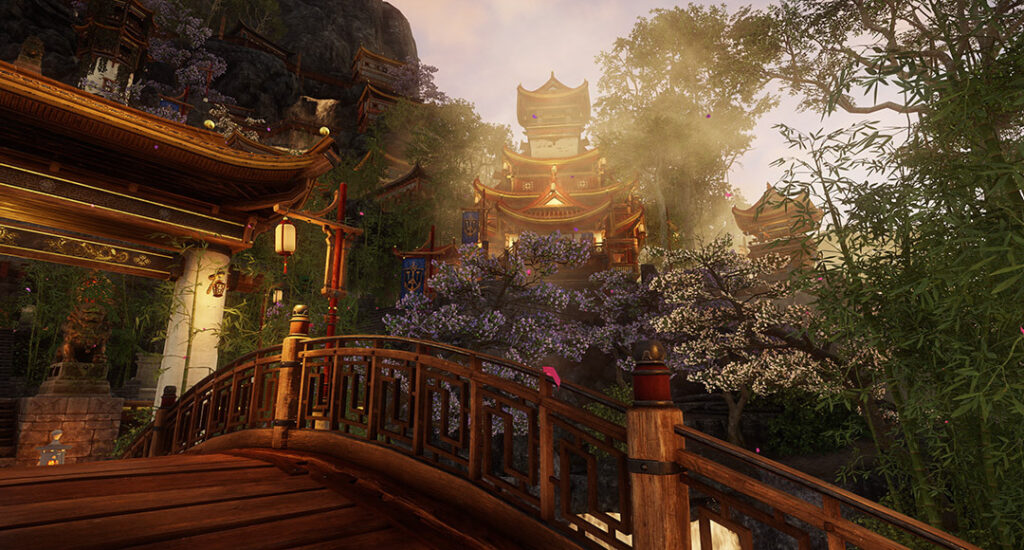 A recent announcement by the development team said that the game will be launching on August 31, 2021. Here’s what they said below:

“Last August we had a preview event where we wanted to present our progress and collect as much feedback as possible. We invited hundreds of thousands of players to New World. Your feedback and the way you played confirmed what improvements and additions we still needed to make to the game. Since then, we’ve polished the combat system, added more variety in quests, weapons and armour, brought fishing into the game, expanded the map to include the new Brackish Water region, reworked our crafting system and added more midgame and endgame content.

We are working hard on more exciting end-game features that we think need to be in the game by release. However, these features will not be ready by the originally communicated date in spring. Due to this, we will release New World on 31 August 2021. We will use the extra time to incorporate these substantial improvements and further tweak and polish the whole game before opening the gates of Aeternum to the whole world.

We will continue the alpha in the coming months and expand the test even further with EU servers from 30 March 2021. Our closed beta will start on 20 July 2021, and if you have pre-ordered New World, you will get access to the closed beta test.” 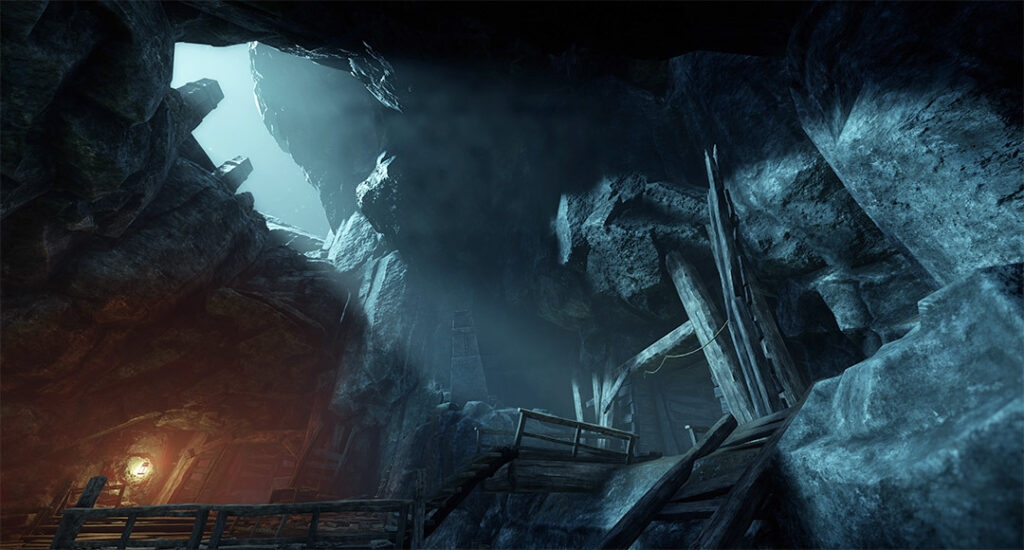 When the game launches, those who are playing in-game are able to join in on those playing and streaming live on Twitch.

A streamer’s party will be available for those who are watching the game on Twitch by simply pressing a button.

Amazon hopes that there will be more interaction between the viewers and the streamers. Also, they hope that this will encourage other players to stream on the platform. Changes in the Crafting Mechanic

Crafting plays an important role in New World and the developers would want the result of what you crafted to be relative to the time and skills spent.

Here are some of the changes done to crafting mechanics: 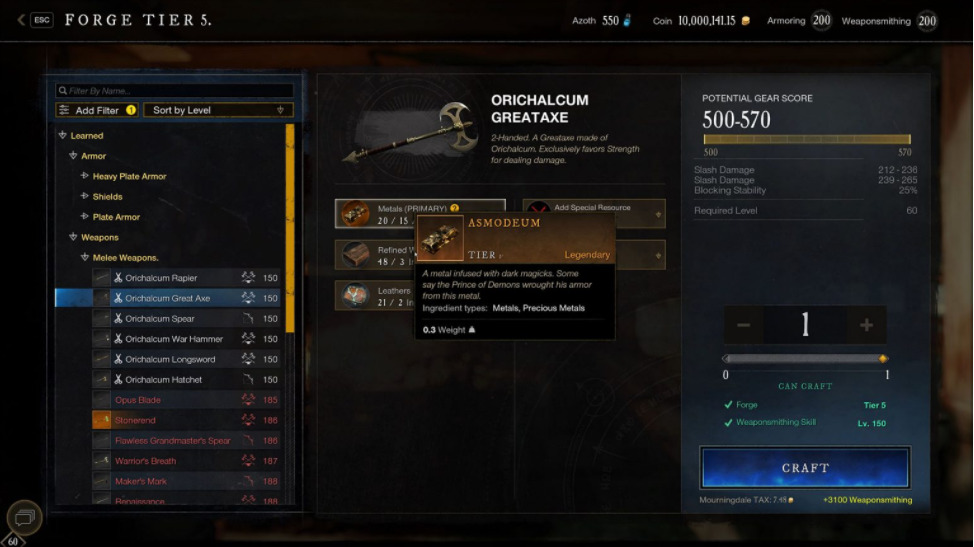 Changes in the Gear Mechanic

Changes in gears and the addition of new items were also done.

Change in the Food Mechanics 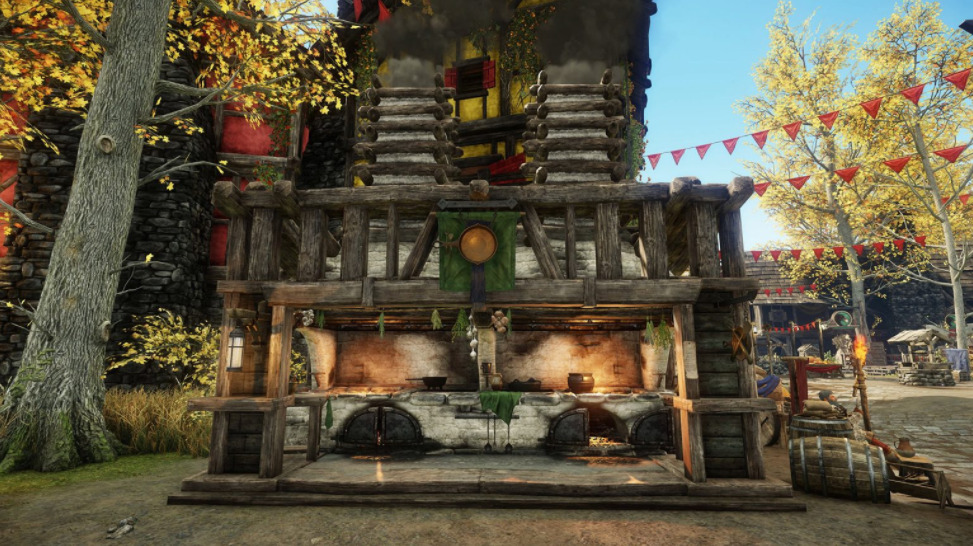 Players who have reached level 60 can unlock the quest to retrieve the Frozen Lament which is a legendary rapier. This comes with two weapon trees. 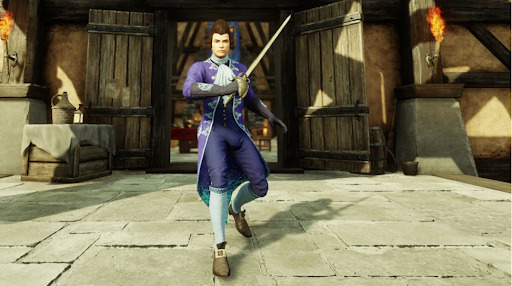 Here are the other changes done to the game’s combat: