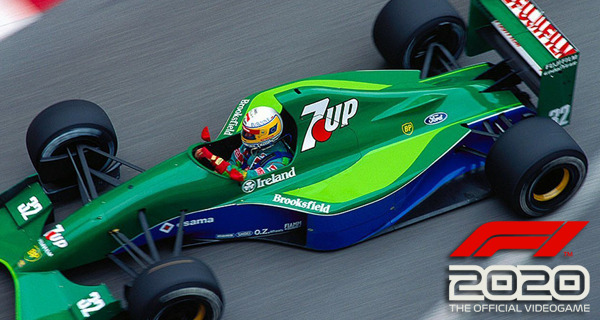 Codemasters shared an F1 2020 Deluxe Edition trailer and it features the Schumacher vehicles. So even though the current Formula 1 Season has been delayed. Hopefully, the trailer would somewhat cheer you up.

F1 2020 is celebrating Michael Schumacher as he is one of the most successful F1 driver of all time. He is celebrated in the Deluxe Edition as it would feature four of his winning cars.

The cars available are the 1991 Jordan 191 and the 1994 and 1995 Bennetton as well as the 2000 Ferrari. The latter is the car that Michael drove which brought back the championship to the company since 1979.

Get to watch the F1 2020 Deluxe Edition trailer below:

Split-screens had been added plus casual race options that allow players to play with friends with all the freedom and flexibility.

Players are also now able to create their F1 team by creating the driver, choosing a sponsor, engine supplier as well as hire a teammate. Get to build your facilities, your car and your team as you try to reach the top.