F1 2020 Review Summary: A Racing Game Both Old and New Fans Will Love

July 13, 2020 at 7:01 AM in Cheapdigitaldownload update, Digital Download News with no comments 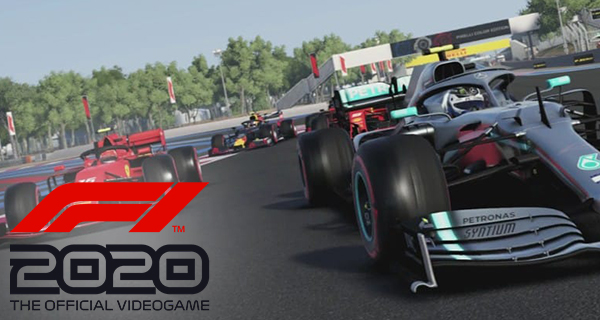 F1 2020 reviews are out, so here we go through some of the reviews and show you the best bits.

F1 2020 proves to still be outstanding on the track as it comes with improvements across the board including: addition of ERS, players being able to hit the overtake button, as well as improvements to its AI that allows for a more realistic racing approach, especially in 1v1 situations.

Players have the ability to choose the level of control they have over their car like controlling ERS input, pit lane limiter, and tire warming. This means players have full control over their car, or even have a more casual approach focusing on the speed and turns of a race.

Speaking of race, Eurogamer‘s Martin Robinson says that when it comes to racing, F1 2020 has “stuff” that “anyone who’s ever loved a racing game can enjoy.”

F1 2020’s most eagerly anticipated addition is My Team, which puts players in complete control of their own F1 team. My Team allows players to manage sponsorships, engine contracts, signing racers, and even politics.

My Team is a great addition to the game as it gives players a look at what goes on behind closed doors in an F1 team.

Motorsport.com‘s Luke Smith says My Team is “deeply rewarding” as it reaches a level that has not been presented in other Codemasters game before. “The basic career mode remains if you want to focus on the driving side, but it gives the chance to look after all areas of the team and go on a real ‘road to glory’ story mode,” Smith adds.

Fans of the franchise are also happy that split-screen has made a comback in F1 2020. This allows players to race in couch co-op.

F1 2020’s release came at a time when F1 is as popular as ever thanks to the thrill that eSports brings. The COVID-19 global pandemic may have delayed the F1 season, but many F1 drivers took to streaming online which led to a boost of popularity for the F1 video games series.

The game unites new and old racers like, is packed with additions and improvements, and the addition of My Team piquing interest.

Let’s have a look at what video game critics have to say about the game in summary:

“All in all, F1 2020 acts as another step forward for the series, with the depth of My Team being a huge addition that will suck gamers in. But importantly, it remains accessible enough to be a gateway for new fans to the sport without completely overwhelming them.” – Luke Smith, Motorsport.com

“F1 2020 is simultaneously the deepest yet most accessible Codemasters Formula One experience to date. The heavy reliance on recycled vignettes and the same old faces we’ve been seeing for virtually an entire generation admittedly means F1 2020 doesn’t necessarily look as fresh as it feels but, between My Team and split-screen, this is the most fun I’ve had with the F1 series for years.” – Luke Reilly, IGN

“My Team is an intriguing mode that captures the flavor of F1 both on the track and in the paddock, but the addition of split-screen gaming and better physics shows Codemasters has catered for all. Just like the Mercedes-AMG W11 already seems to be, F1 2020 is the most complete package we’ve seen in a long time.” – Curtis Moldrich, carmagazine.co.uk

Experience everything F1 2020 has to offer! Get the game now on PC, PlayStation 4, or Xbox One and get a taste of high-octane racing.