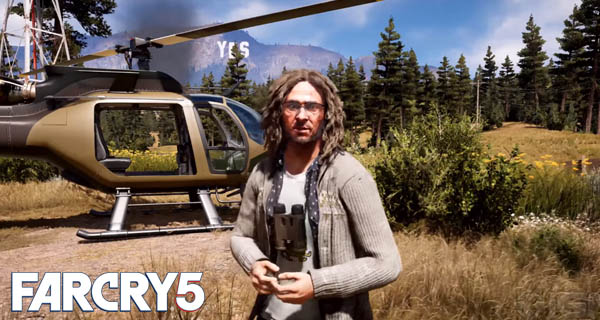 A new Far Cry 5 gameplay video has been released by Ubisoft. This features Larry Parker who is one of the many characters that you will see in the game. You will see the gameplay of one of the side missions of Far Cry 5.

Larry Parker is a mad genius as well as an inventor. He is quite eccentric and is super smart. He can be found in Holland Valley which is one of the regions in Far Cry 5.

The side mission featured in the video is because of Larry. He is requesting for you to gather alien objects that looks like blue glowing balls. Some crazy action is also seen in the video like turkey kicking and helicopter shooting.

You will get to watch 7 minutes of Far Cry 5 gameplay that starts with Larry giving a briefing on what to do. The player will then ride a helicopter to the destination where he is met by some men with guns. The player kills them and gathers the alien objects that seem to be attached to cows. After that, other alien objects should be collected, one from a dog where the player gets attacked by a turkey that is nearby and another one from a nest. One cool thing he does is to parachute from a very tall silo. You can watch all of these below courtesy of IGN. 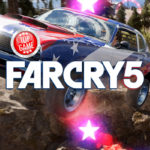 3 New Far Cry 5 Videos Will Get You Into The Hype! Three new videos have been released by Ubisoft and it will definitely let you catch the hype of the game when you watch it!