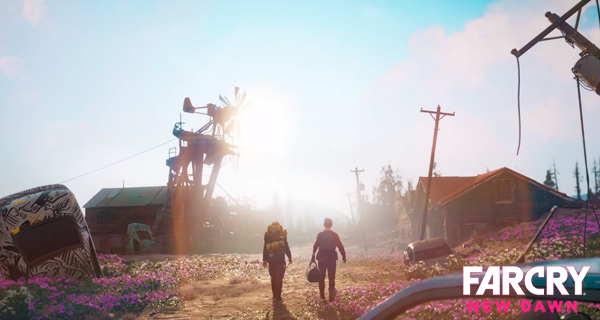 Far Cry New Dawn is set to launch next week and Xbox Achievements was able to get an interview with Art Director Isaac Papismado. A lot of things has been talked about however the most notable is about the Collapse and Prosperity.

If you previously played Far Cry 5, you would already get hints on what The Collapse is all about, as you could hear some of it on the radio while driving around. The game Far Cry New Dawn does start from this event only seventeen years later. The Collapse had everything die, years of nuclear winters, the sun not seen as it was covered in clouds and huge dust bowls. Eventually, the sun peeked and rain came soaking the soil. This gave way to the event called super bloom where the pink verbena flower starts to show itself, this is the world that the New Dawn will start at. 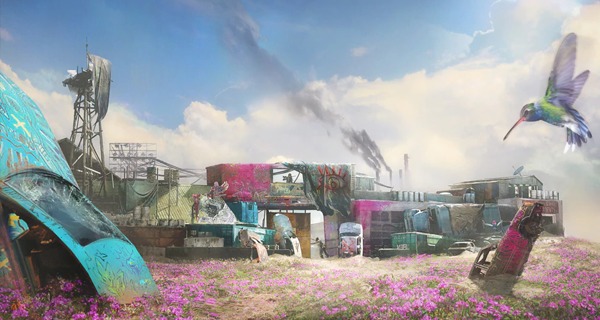 Another thing that was explained is about the new Prosperity home base mechanics. This will actually be the player’s home base. It is a community of survivors who were able to create a base in order to hide and defend themselves from the threat of the highwaymen and their boss the twins Mickey and Lou. The Prosperity will have different stations. Players are able to upgrade weapons, vehicles, do level ups and so forth.

Prosperity will start out as an empty space as you progress, people will come in and eventually the walls will be painted, there will be more vegetation and in general, just look very full of life. 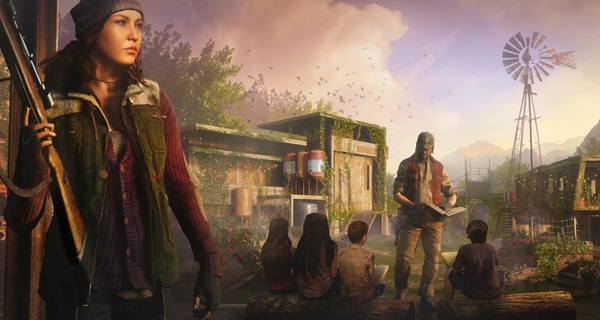 With everything that has been explained, Far Cry New Dawn looks very interesting. Is this a game that you would play? Do tell us in the comments below.

Far Cry New Dawn is set to launch on February 15, 2019, available for PC, PlayStation 4 and Xbox One. 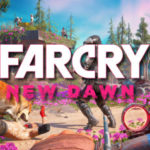 Find out what the Far Cry New Dawn editions include as well as the many pre-order inclusions.