At the moment, Farming Simulator 22 has received Very Positive reviews in just less than a day of its launch.

Giants Software took a long time to finish Farming Simulator 22, and their hard work can be seen in the game. We get to see new features as well as different upgrades.

According to PC Invasion, the game became “prettier”. The developers built the game on the features of Farming Simulator 19 and added visual improvements like volumetric shadows, an all-new lighting engine and more. PC Invasion added that the Farming Simulator 22 graphics looked, “cleaner, crisper, and more detailed. Textures across the board are very well detailed; including more minute elements like scenery objects that you wouldn’t pay much attention to”.

A user on Steam said that what he especially liked about the game is how “everything” from Farming Simulator 19 had been improved like the new production chains, new AI system, optional season, vehicle handling and a whole lot more. 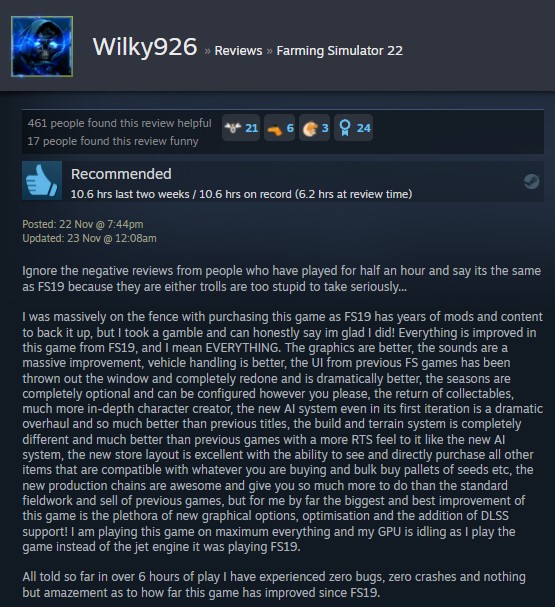 Another player said that the game is worth the money spent as it comes with a huge fleet, 3 starting maps that can be expanded giving players “several hundreds of hours”. 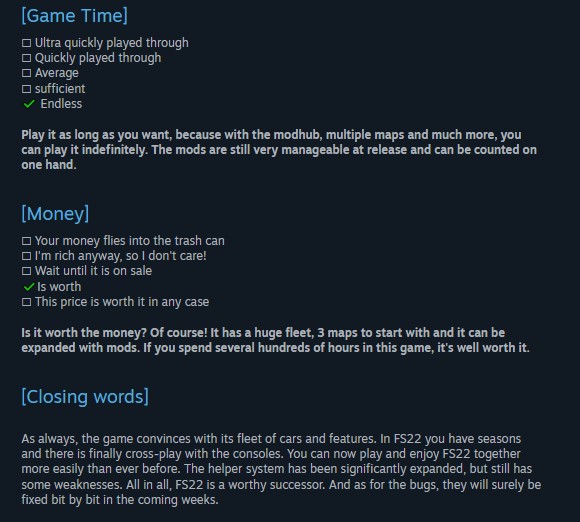 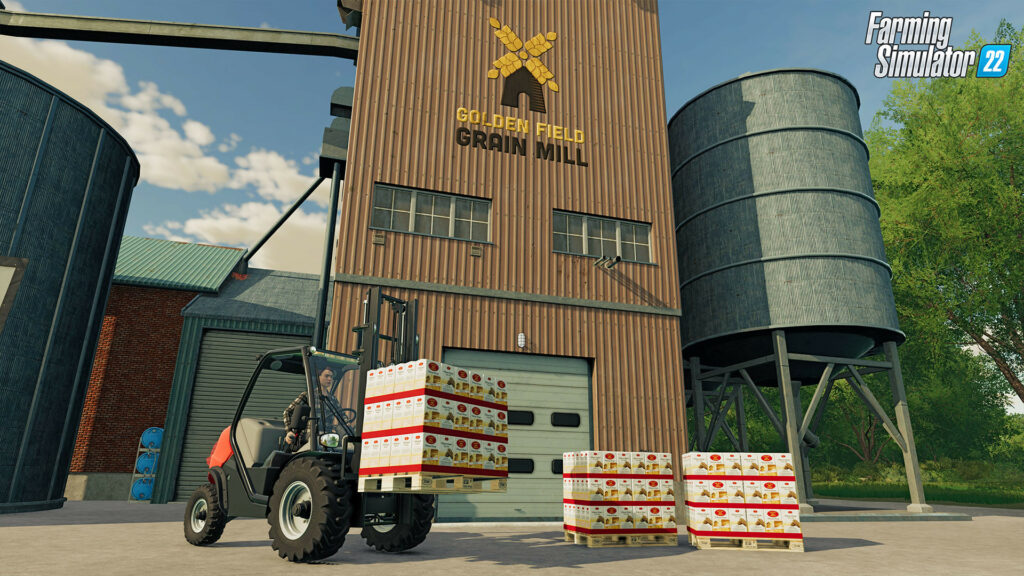 According to Push Square’s review, they said that the game sometimes lacks instructions. Also that the game, “takes an enormous amount of time to get started.” This is actually because of the seasons that the gameplay has. Players would have to wait for a season cycle before they can harvest. There is however an option to turn the seasons, so it’s not really something to worry about.

Are you one of those who were able to play Farming Simulator 22 already? Do tell us in the comments what you think about the game.

You are sure to get the best deal for Farming Simulator 22 here with us at Cheapdigitaldownload. Thanks to our price comparison service and trusted stores.