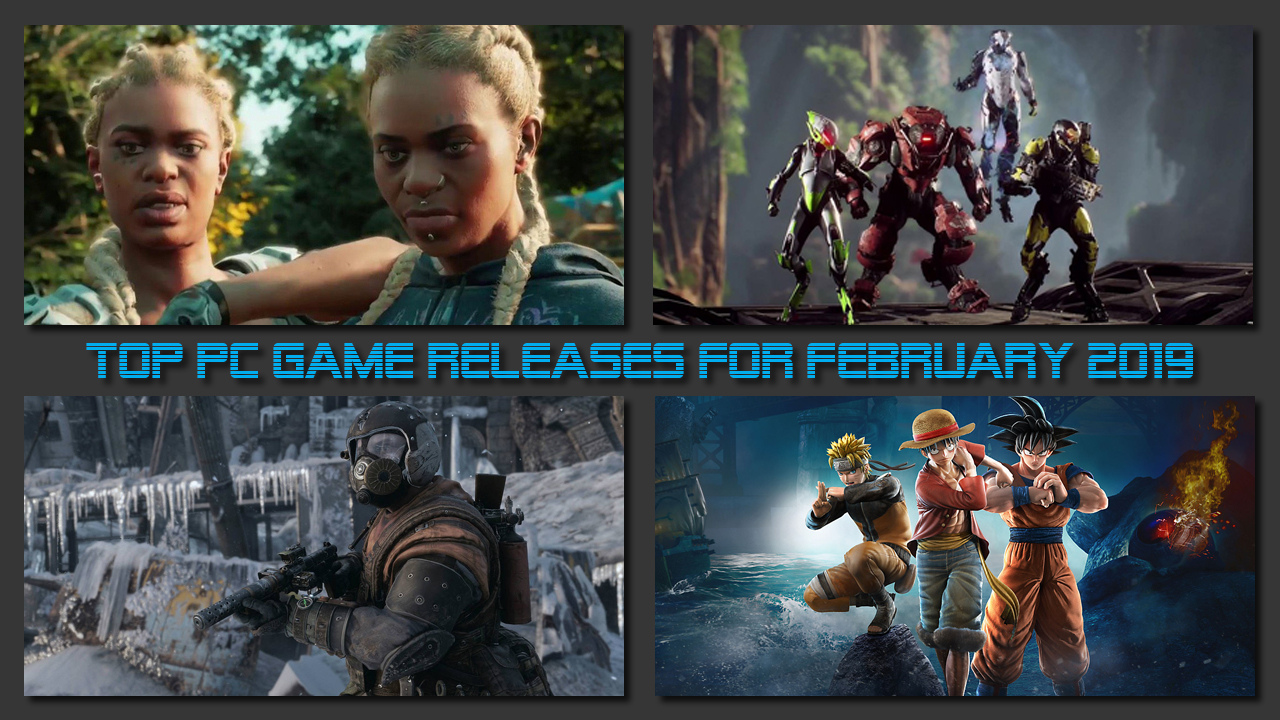 This month of February is packed with game releases so we have for you the February 2019 top PC game releases. Some we think are the biggest of the year. Check out the list below with our best deals attached as well.

Get to do quality aerial dogfights back in Strangreal in Ace Combat 7 Skies Unknown. The game features beautiful graphics as well as amazing lighting. The audio design is also impressive. Another thing that you will get to enjoy is the combination of both real-world and futuristic aircrafts that is capable of giving you thrilling dogfights. Players of the game will also enjoy a gripping campaign narrative.

A popular series from Bandai Namco, God Eater 3 will be bringing players another monster slaying experience set in a post-apocalyptic world. Get to kill those god-like creatures called Aragami with your God Arc. This third outing comes with great new features making the game more exciting.

The second expansion for Civilization 6 called Gathering Storm is arriving this month. This new expansion will come with natural disasters so you would now have to consider building on tiles that are near volcanoes and rivers as there will surely be pros and cons for it. Global climate has also been added where flooding and rising sea waters could be a factor. You will also get to enjoy 9 new leaders and 8 new civs plus the comeback of The World Congress and Diplomatic Victories.

Sumo Digital’s Crackdown 3 is finally out after being delayed so many times. This is an open-world sandbox shooter that offers lots of destruction and gunplay, the multiplayer matches are surely action-packed and over the top and a futuristic open world filled to the brim with interesting things.

If you thought that was it for Far Cry 5’s ending well you are going back there only 17 years later in Far Cry New Dawn. Get to build your home base, gather resources and do everything to bring down the ruthless twins and their gang – the Highwaymen.

This could possibly be the most diverse fighting game there is in history. Strange creatures called Venoms have been gathering the villains of our favorite manga and anime shows in order to create chaos in the world. Because of this, our favorite Jump heroes like Naruto, Goku, Luffy and many more have banded together to stop them.

Go on a cross country adventure, removing yourself from the safety of the Metro tunnels and look for a new beginning. Offering a tactical depth by having a weapon modding scheme that can be accessed on the fly. Also, the breathtaking outdoor scenery is a nice change from the common tunnel setting.

We have yet to see if this game will make it big as this is one of Bioware’s biggest release and gamble at the same time in many years. So far everything looks great, future content will be free and microtransactions are also cosmetic only.

This is a motorbiking challenge that will have you play through physics-based puzzles that are made part of the motocross courses. You can also get to challenge friends in either local or online multiplayer races. Or if you’d like you can also work in tandem with friends through special stages.

Race in real life tracks found all over the world. All of these recreated with beautiful environments as well as realistic traction and handling. There will be 50 powerful offroad vehicles to choose from, you can also enjoy the single-player Career Mode or test your skills with others in the online races.

There you have it folks! This month is just the start as we are sure to expect more big games to come in the following months. If you found a game that you would want to play, check the best deals with us to get an awesome deal only here at Cheapdigitaldownload.com.