The new FIFA 23 world cup mode has been accidentally leaked by EA. 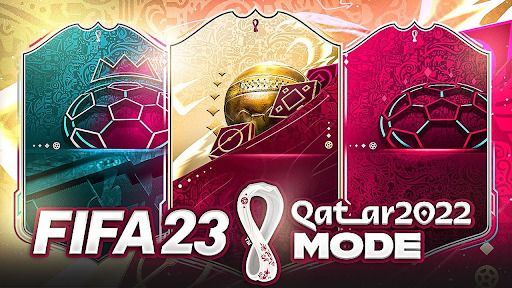 The real 2022 World Cup is set for this November in Qatar. EA plans to launch their World Cup mode on the same day.

However, what happened was EA launched the world cup mode for the PS5 last week. It was of course taken down immediately but, PS5 users were able to get screenshots of it first and were able to share it.

According to the available leaks, FIFA 23 World Cup will feature 48 teams, but there are only 32 teams that are qualified for the World Cup. 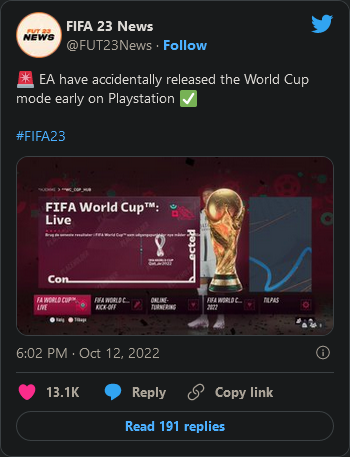 FIFA 23 has launched for PC, PlayStation and Xbox consoles. The game also comes in different editions which you can check out in this article: FIFA 23 and its Available Editions

Get the best deal for FIFA 23 here on Cheapdigitaldownload.com through our price comparison service and trusted stores.

You can also get the best deals for video games in an instant with the Allkeyshop browser extension. Make sure you have yours now.