Game developers are showing their support for Ukraine, as the conflict with Russia continues.

Last February 24, the Russian government launched a military invasion against Ukraine and the whole world was able to watch. According to the European Council, what Russia did is a clear violation of international laws. The UNHCR reported that thousands of people are running away because of the violence. There is already a lot of destruction as well as lives lost.

Game developers that are based in Ukraine as well as others around the world have spoken against all the violence that is happening. A lot of the developers that are based in Ukraine are worried about their employees and are requesting Russia to stop all their violence against humanity. Call for help for the people of Ukraine are spreading as there are already thousands of them being displaced.

Here is the summary of the statements of the game developers:

HERE ARE WHAT GAME DEVELOPERS ARE SAYING ABOUT THE UKRAINE CRISIS.


We can’t just stand by. Russia attacks our homeland and denies the sovereignty of Ukraine. We are trying to stay safe, but this is war, there are no two ways about it. 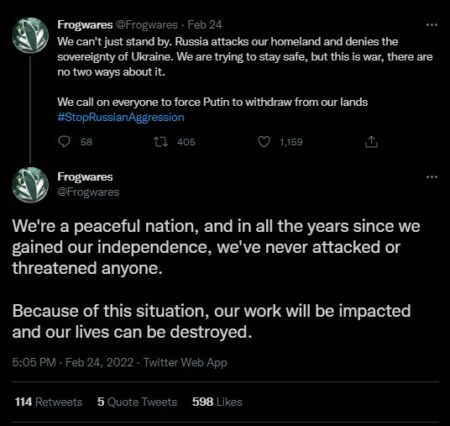 
The Russian Federation has declared war on Ukraine. The future is unknown, but we are sure of our Armed Forces and country. We ask all: do not stand aside and help those in need. 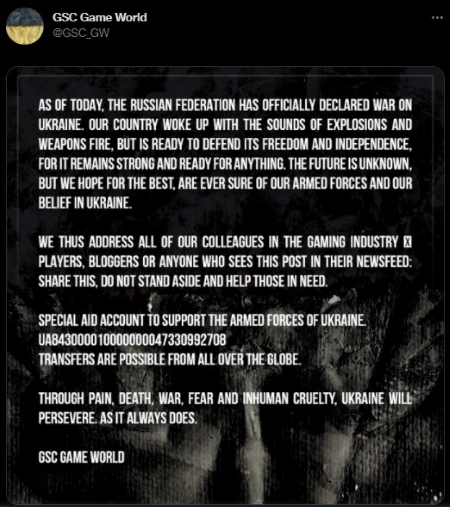 Dear friends, as some of you may know, we are based in Ukraine, today our country was attacked by Russia. They declared a War and currently attacking our citizens.

We will not able to answer or help you that much with the game atm.

Love and peace for you all! 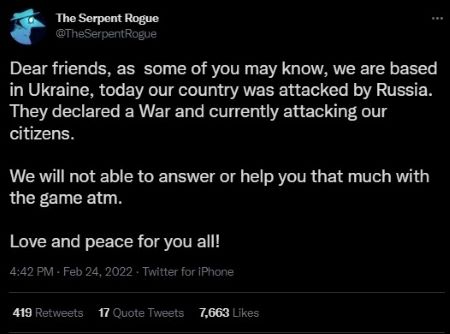 
We are devastated and heartbroken by the tragic events taking place in Ukraine. Many Ubisoft team members call Ukraine home, and the thoughts of the entire Ubisoft community are with them, their loved ones and all those affected by this war. 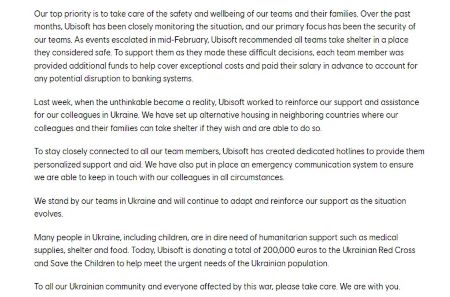 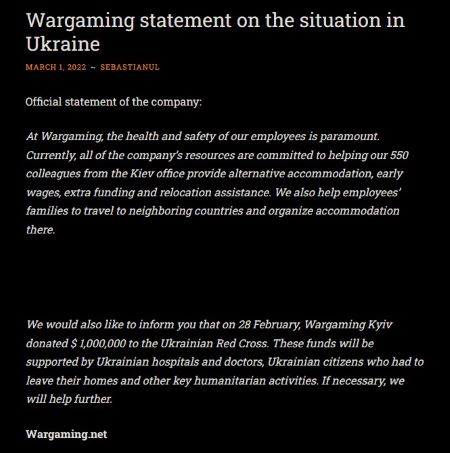 
We’re teaming up with more developers and publishers to support humanitarian aid for victims in Ukraine.

Profits of these titles will be donated to the Red Cross 👉 https://bit.ly/3MfOkpa


For those looking for ways to help, you can donate directly to the following organizations: 
The recent invasion on Ukraine, our friends and neighbours, left us shocked and outraged.

In solidarity with all victims of this act of aggression, the CD PROJEKT Group has decided to support humanitarian aid efforts by donating 1 million PLN to the @PAH_org Cheapdigitaldownload is supporting Ukraine as well as its people in calling for help for those affected by the catastrophe. If you would want to help, you can go through Red Cross or the other organizations that have been mentioned.