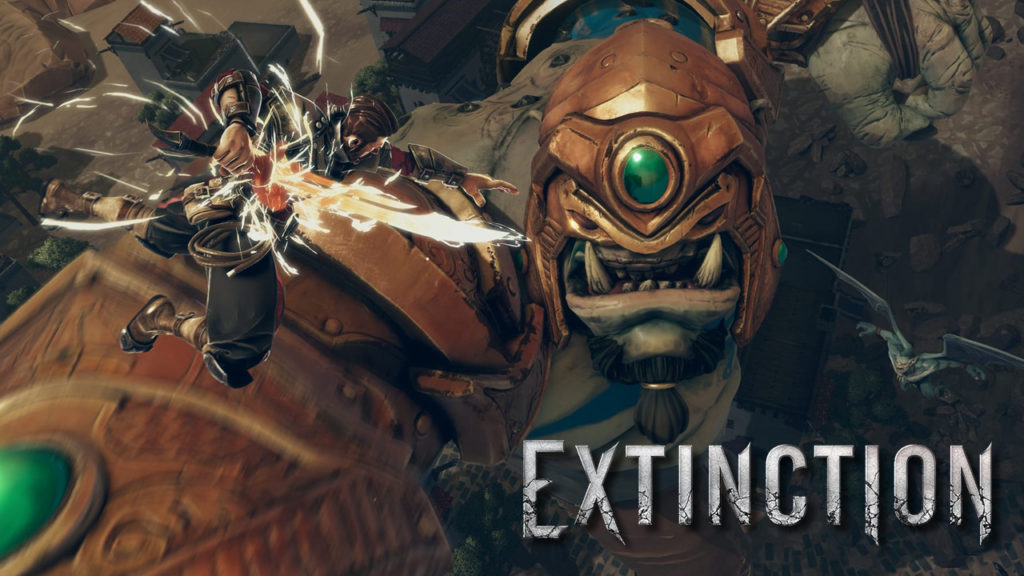 An Extinction trailer has been released for the newest upcoming epic action-adventure video game from Iron Galaxy. When you think about ogres, you may think about 20 feet tall savage hulks that may be hard but not impossible to beat.

Well, what Extinction has for you are ogres that tower at 150 feet high with an army of minions that are blood-thirsty. And to make things much more interesting, you are the only hope to kill these giants. Yep, you are the very last of the ancient order that has the skill to kill these monsters.

The game’s story does sound promising, however, Iron Galaxy is still a small studio that people may not be familiar with. With their newest game coming out priced like a triple-A game from well-known publishers, it might be hard to convince players to try out the game. A promising feature though is that the game won’t have microtransactions.

You make the decision, get to watch the Iron Galaxy trailer and get to know more about the game a little more with the full video trailer below:

The game looks interesting although I’m not a fan of the cutscenes that are 2D animated. We can expect a skill-based combat, environments that are interactive, battlefields that are continuously changing and playthroughs that offer unique combat experiences each as promised in the game’s official site.

Extinction releases on April 10, 2018, available for PC, PlayStation 4 and Xbox One.