Gaming During Coronavirus is Thriving! 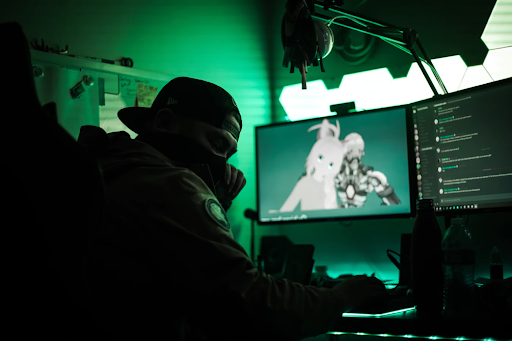 The whole world is affected by the novel coronavirus pandemic because people are suggested to stay at home while the majority of the world are still in lockdowns. The crisis has impacted the economy, jobs, health, travel, entertainment and even the gaming industry.

As of right now, the worst-hit country is the USA, and it can be seen in its economy as people would prefer to stay at home, some by personal choice others enforced by their localities.

Video gaming is thriving right now. According to an article from Screen Rant, console digital sales have exceeded physical sales for the first time. This is great news as the PlayStation 5 and Xbox Series X/S is set to launch very soon.

This has been expected as digital sales are on the rise every year especially for DLCs, battle passes, and the like. But with the pandemic going on, it has helped push the digital sales more because people would rather stay at home than go out to the stores.

Nintendo also gained a lot from the pandemic, for the first time in the company’s history, their digital sales has jumped to 229.9% year-on-year as compared to the physical sales last year.

What’s happening is not only true for consoles, but for PC games as well. Steam has been able to break record after record in its concurrent users for this year. As compared to Steam’s stats last year which has slightly dipped, this year people are gathering online to play their favorite games.

Since a lot of people are choosing to spend their time playing video games during the pandemic, a lot have also decided to stream their gameplay via Twitch and other streaming services like YouTube Gaming and Facebook Gaming.

Checking on the Twitch Tracker, we get to see the world’s leading streaming service getting a spike in its viewership that continues right now during lockdown. As you can see, there are about 2.5 million concurrent viewers.

More streamers had been seen on the platform as well, some are celebrities, musicians, and even sports stars. According to the charts, anyone who is playing video games is probably steaming on the platform.

The disadvantage that comes with everyone streaming is that there are lesser viewers. The average right now is just below 25 viewers per channel.

Gaming Is Thriving More Then Ever

A survey by Bitkom as seen on a post on archyde.com shares that the coronavirus outbreak gave players additional time on their consoles and other gaming devices.

About 55% of the gamers said that they were able to play an extra seven hours per week during the outbreak. This is double their playing time before the implemented lockdowns.

Not only did the playing time increase, but the increase of game purchases during the pandemic is also evident. The average monthly spending on games was €15 per month which increased to an average of €24.

Biktom board member Olaf May said, “Gaming is not a nerd or niche phenomenon, but has arrived in the middle of society”. Their survey revealed that every second person (46%) plays computer games occasionally. Which had been rising in recent years: 2018 had 42%, and 2019 was 43%.

In terms of economy, the gaming industry in Germany is still feasible having around 30,000 jobs still associated with it. According to Bitkom CEO Bernhard Rohleder. “We are mainly dealing with an import market. About five percent of the turnover came from German game manufacturers. There’s still room for improvement.”

Even though the statistics given are based on Germany, the trend is seen around the globe. There are more people playing video games for longer periods as compared to before.