Gears Tactics Critics Review Round Up 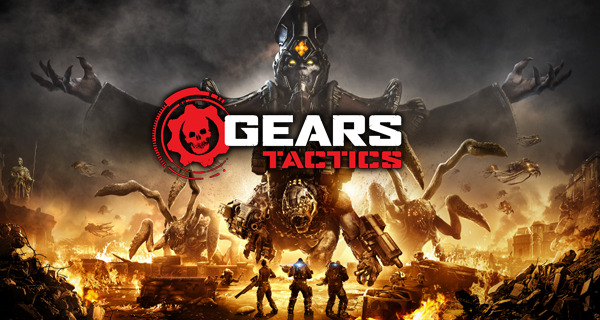 Gears Tactics launched today, April 28, 2020, for the PC. The console launch will be available at a later date. This is the newest game from the turn-based strategy Gears of War.

Set 12 years before the original Gears of War game, you will be playing as Lt. Col. Gabriel Diaz, the father of Kait Diaz. The enemy will be the Ukkon who are hell-bent in wiping out the human race.

We have gathered a Gears Tactics critics review round up for you to help you decide if you are on the wall is making your purchase.

Gears Tactics Critics Review Round Up

“Though Gears Tactics wears itself a little thin by the end of its protracted campaign, the rush of pulling together a victory from the jaws of defeat carries an exciting, chaotic energy. Unlike most strategy games, playing well doesn’t necessarily make you feel like a mastermind, so much as though you’ve cheated death. Every successful plan, even a last-ditch effort, feels like a small stroke of genius. That’s no small feat.” ~ Mike Epstein

“Gears Tactics’ most impressive accomplishment is that it’s a fine starting place for Gears fans who have no familiarity with turn-based strategy games, and it’s a fantastic introduction to Gears for tactics aficionados. This is a fast-paced take on tactics, one that usually favors pushing forward and thinning out the enemy’s numbers before they even get a chance to fire. Hunkering down in defensive positioning is practically an invitation to get flanked from all sides.” ~ Brett Makedonski

“Even with some flaws, Gears Tactics manages to meet and exceed expectations. Fluid and fast-paced action, along with tactical decisions, will keep you on the move. Likewise, brutal firefights and executions, as well as battles against massive bosses, capture the frenetic Gears of War experience for an entirely different genre.” ~ Jason Rodriguez

“Gears Tactics is, simply put, an excellent turn-based tactics game that stands up well against titles like XCOM and others at the top of the genre. While it has some slight issues, such as disappearing characters and a story that can best be described as “more Gears of War”, the character development is better than the series’ average and most importantly, it makes slight changes to the genre that make it a tactical joy to play.” ~ Chris Wray

“Gears Tactics is an excellent turn-based tactics game that does a superb job of melding Gears’ famous style and action with the mechanics laid down by XCOM. It’s one intense and satisfying tactical battle after another, and it looks absolutely fantastic doing it. It does slightly wear out its welcome with too much of a good thing in its Gear-grinding side missions, and due to the lack of larger strategic decisions I don’t see it as being as replayable as its tactical role model. Even so, it’s a strong campaign that leaves a great impression with some clever, Gears-appropriate original ideas.” ~ Dan Stapleton

With what you have read, it seems that there are only a few minor things not to like about the game and it does look promising. If those reviews convinced you in making your purchase, do it with us here at Cheapdigitaldownload.com so that you can get it for the best rate available.