Generation Zero Critics Review Round Up 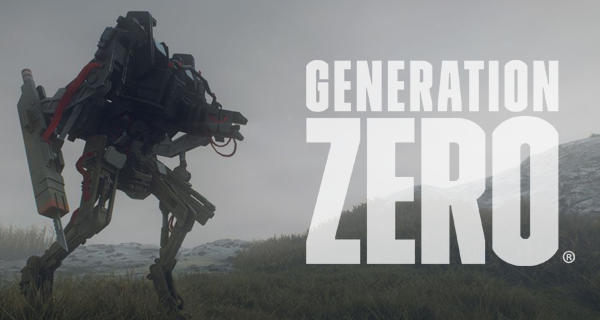 Generation Zero launches today so we have for you the Generation Zero critic’s review round up! The game offers a huge open-world that is set in Sweden in the 1980s. For some reason, the whole population has disappeared and only the gigantic hostile robots were left. You must unravel the mystery as well as survive the attacks of these monstrous machines.

The game premise sounds interesting! Let’s get to know what the critics think about the game in the Generation Zero Critics Review Round Up!

Honestly, I don’t know if Generation Zero is a good looking or an ugly game. Without a shadow of a doubt, the scenery itself can be spectacular to look at. It’s incredibly atmospheric too, with one of the longest day-night cycles I’ve ever encountered in a game. Nights, in particular, are a terror to go through, particularly if the weather isn’t in your favour. It’s a very dark game both outside and especially so when heading deep into one of the many military bunkers. In the day, well, the game is one of those that you can stand at the side of the water and watch the sunset and thoroughly enjoy it. ~ Chris Wray

Everything that initially seems great very quickly nosedives into monotony. Combat starts fresh and challenging before turning into AI exploitation, the massive world seemingly filled with possibilities is empty and the story is almost non-existent. Playing through Generation Zero made me think that not only is this game painfully unfinished, but it almost looked like the developers looked at Fallout 76 and learned all the wrong lessons, because they are remarkably similar in the worst possible way. ~ Brad Lang

Generation Zero is more or less what I expected from a big game studio doing its own indie project – a rough-but-unique mix of open-world game features. I love that it asks players to actually pay attention to its world instead of keeping them distracted with constant waypoint markers. And the tactical combat system really works, hitting an interesting middle ground between mainstream and hardcore. ~Daniel Sims

Generation Zero is an experiment half successful, an attempt to create a hypothetically tempting concept that ends up falling into banality because of the rather banal gameplay. The expectations I had set myself by starting the game client turned out to be well founded: creating a potentially empty huge world is not much use, especially when there is no incentive to explore. Unfortunately the feeling of boredom begins to pervade the mind of the player from the first hours of the game, also here accomplice a rather incomplete and predictable artificial intelligence. ~Simone Rampazzi

And there you have it! It looks like the game has mixed reviews with mostly average scores. The idea of the game is good, however, it does lack in its delivery.

Are you one of the first gamers to play Generation Zero? Share with us what you think of the game in the comments below.