The game, Genshin Impact, is an open-world, free-to-play that has an in-game shop that comes with items worth $1 up to $110. The currency in-game called Genesis Crystals can be purchased in the shop too!

Here are the ways that you can download Genshin Impact on the platform of your choice.

PC: Get the game via the game’s official website.*

Android and iOS: Get the game via Google Play and the Apple stores.

Step into “the breathtaking lands of Teyvat, where seven gods rule over seven elements.”

You will be the mysterious ‘traveler’ who is searching for a lost relative and will in turn discover the secrets of the world.

Developer’s miHoYo said that players can “explore the wondrous world of diverse cultures and landscapes, teaming up with more than 20 companions, each with unique elemental powers, to solve the puzzles and mysteries of Teyvat.”

miHoYo added that “After the official launch of Genshin Impact, players will be able to explore two of the seven major cities in Teyvat, namely Moon City and Liyue.”

Every city will have a unique cultural atmosphere. It will have a special background and splendid surroundings. There will be diverse creatures, enemies, puzzles and many hidden treasures found inside the different cities.

The developers worked hard on the game, with General Manager Forrest Liu saying, “Over the past three and a half years, our team has done everything possible to create a game with a huge yet beautiful open world that players can explore freely, either individually or together with friends on different devices.”

Liu added that the hard work has paid off, “We are so grateful that more than ten million players have already signed up for Genshin Impact on PlayStation 4, PC, and mobile devices. We are already very excited to see them all in Teyvat.” 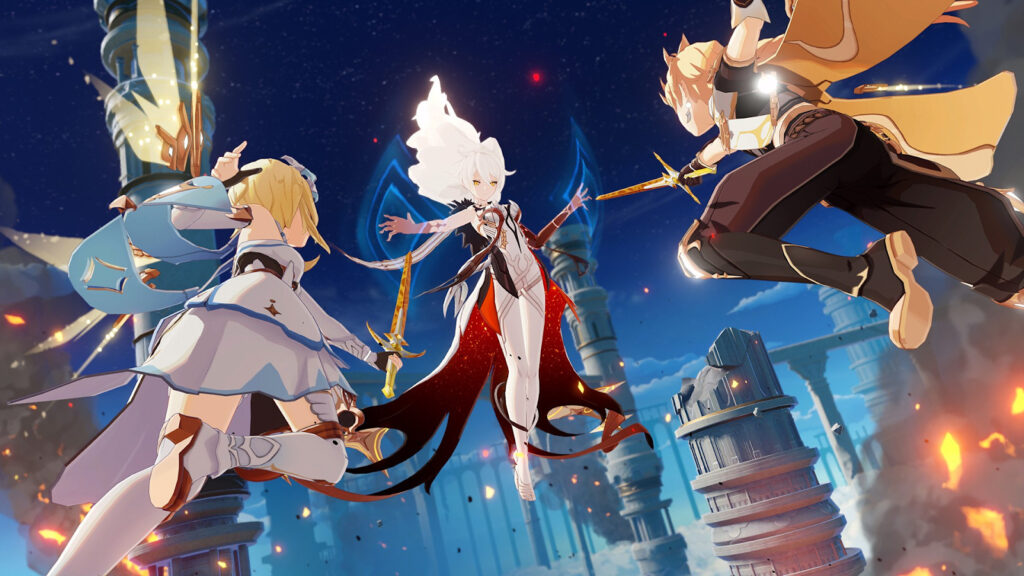 Players can expect regular updates for the game as promised by the developers.

There will be new content like cities, storylines, seasonal activities, characters all planned out. There will also be continuous optimization available for all of the game’s platforms in the future.

Will Genshin Impact Rip You Off?

The game is using a Gacha system which sort of works like loot boxes. Players can earn the premium currency in-game or purchase it with real-world money. This would mean that you can pay to get the good characters and weapons.

Also, something to think about is that the drop rates for the good items and characters are very low. Every time you grab in the wonder bag will cost you 160 primogens which is about $3. There is a 0.6 percent chance to get a premium item or character which is about 90 attempts.

More Details about the free MMORPG

If you are experiencing a slow download of around 50KB/s for Genshin Impact, try restarting the Genshin Launcher then you could possibly have a download speed of 5 MB/s.

Mobile: A Comprehensive Guide to the “can my phone run this game” Question (unofficial)