Get To Know The Rise of the Tomb Kings Legendary Lords 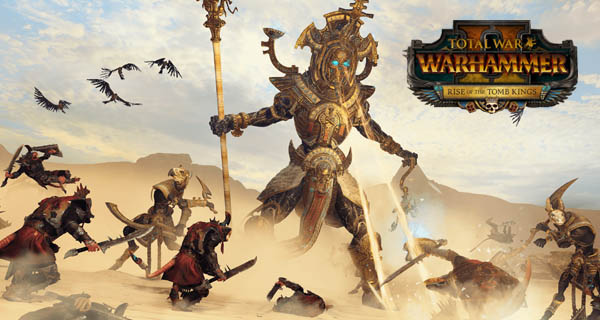 The Total War Warhammer 2 Rise of the Tomb Kings Legendary Lords offers two new legendary lords to the game. Each lord is unique, having “their skills, traits, quest-chains, legendary wargear and situational changes.”

Not only will there be two lords added to the game but two new additional characters. The two lords are Settra the Imperishable and High Queen Khalida. Players will also be introduced to Grand Hierophant Khatep and Akham the Black.

Of all of the Tomb Kings, Settra is the highest in rank. He is immortal and his thirst for conquest has made him a ruthless leader. His will is unyielding giving him so much power that he doesn’t have to go back to the sarcophagus to rest. His wrath spreads wide and civilizations fear him.

One of his abilities is to reduce construction time as well as add bonuses to the growth and public order. He can also give bonus armor to the Skeleton Chariot and Tomb Guard units. Unlockable mounts are also available including Khemrian Warsphinx and Chariot of the Gods.

She is the warrior Queen of Lybaras. Known for her bravery, honor, and intelligence. Her cousin Neferata created an ELixir of Life for her however it is not perfect and it caused the Queen to become a Vampire, she is the very first vampire at that. She kills her cousin in battle, however, still gives her the Blood Kiss. While the blood from her body is being drained, she calls out to Asaph the serpent goddess. Asaph made the Queen the Chosen one and has purified her, giving her the divine venom in her veins. 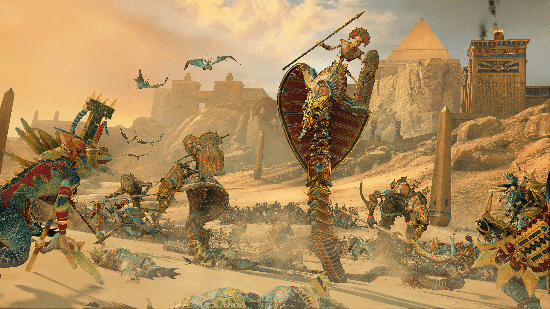 Khalida doesn’t like corruption, she reduces all forms of it. Bonuses for diplomatic relations are given by her to the other factions of the Tomb Kings. Bonus ammunition is given to ranged units of her faction. She can also give poison attacks to her available units.

Also introduced are the two additional characters which one the highest of the Liche Priest as well as the principal lieutenant.

He is known as the wisest and oldest of the Liche Priests. He heads the Hierophantic Council from the Mortuary Cult. He plays a special role to Settra by awakening him to unlife. However, Settra still exiled him because he distrusts the Mortuary Cult. What Khatep is doing now is helping the tomb kings and endlessly roams the Land of the Dead.

Bonuses are given to Dynasty research rate that improves casualty replenishment and army movement. He can call on other Liche Priest heroes as well as give them higher ranks.

Akham is Nagash’s principal lieutenant. He once led many armies against those who oppose Nagash. He died in a suicidal counter-attack but was brought to life once again to be the Liche King.

He gives out diplomatic relations bonuses with the factions of the Vampire Counts. He protects his region by making sure they never suffer public order penalties from the Corruption of the Vampires. Melee attack and defense bonuses are available to the heroes of his army. Boosts are available for the Winds of Magic Power Resume. 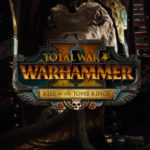