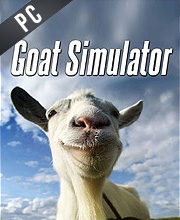 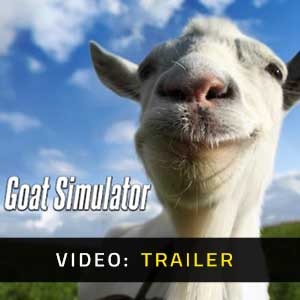 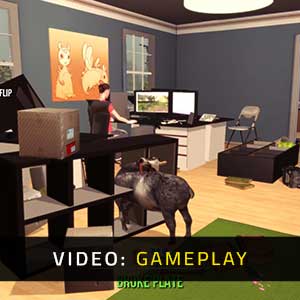 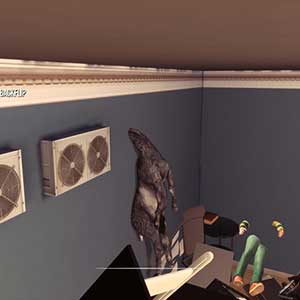 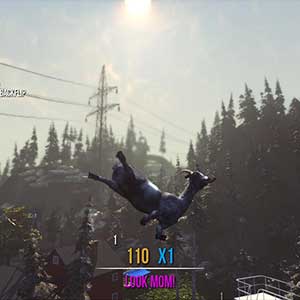 What is a Goat Simulator CD key?

It's a digital game code that allows you to download Goat Simulator directly to your PC from the game's official platforms.

How Can I Find the Lowest CD Key Price for Goat Simulator?

Get Ready to experience the most powerful and immersive goat simulation technology ever created, in Goat Simulator a vast Open World satirical comedy game where you play as you guessed it a goat, explore an urban city just waiting to be destroyed, do it as stylishly as possible and you acquire more points, for what exactly? I don’t know. Once your finished faffing about you can also find collectible trophies hidden throughout the city, or if you’re some kind of a dirty completionist “achievements”.

Ultimately I’m going to remain firmly on the fence. I can’t bring myself to award Goat Simulator an outstanding score because it’s not an outstanding game, by its own admission. There are many, many things wrong with it. Yet I can’t also deny the fact that it’s enjoyable – it’s funny, it’s a ridiculous ride and it (obviously) doesn’t purport to be anything other than a bit of a laugh.

Providing that you are in on the joke, you are almost guaranteed to have a good time – albeit only for a few hours a best. Running around as a goat is something I never imagined I wanted to do, but it turns out it’s incredibly fun.

The Bonus Edition includes the base game for Goat Simulator and the GoatZ DLC.

The Bundle Edition includes the base game for Goat Simulator, 3 DLCs from the Game of the Year Collection, and the game’s official soundtrack.

The GOTY Edition includes the base game for Goat Simulator, 3 DLCs from the Game of the Year Collection, and the game’s official soundtrack.

The Limited Edition includes the base game for Goat Simulator, 2 DLCs from the Nightmare collection, and the game’s official soundtrack.

Prepare for the first-ever Zombie survival game to not come out on early access, in Goat Simulator GoatZ drop into a new map where you must survive for as long as you can in an ongoing zombie apocalypse (that you started).

Take part in the heist of the century in Goat Simulator PAYDAY the PAYDAY 2 cross-promotional DLC event, you will be dropped into an entirely new map, it has the same gameplay features as the base game but you will be able to participate in heists to earn money.

Outer Space is yours to conquer and exploit in Goat Simulators Waste of Space DLC, Explore an all-new space-themed map satirizing countless sci-fi movies, tv shows, and video games. It has the same gameplay features as the base game but with new money-themed features.

Find all the best prices for Goat Simulator DLC’s on CheapDigitalDownload!