Rockstar Games’ GTA 6 launch date may have been leaked by Microsoft.

Microsoft has leaked the release window of GTA IV, as the investigation regarding their acquisition of Activision Blizzard by the Competition and Markets Authority (CMA) is ongoing. 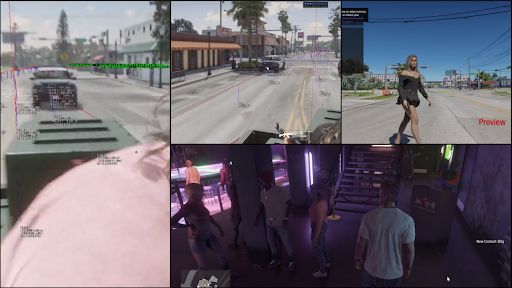 According to the CMA investigation, the acquisition of Activision Blizzard by Microsoft would gravely impact the PlayStation and PlayStation Plus as well as the games’ market.

Microsoft responded by downplaying Activision Blizzard’s franchises like Call of Duty. Also, by saying that they were able to acquire bigger companies in the previous years.

One company is Take-Two Interactive which is the parent company of Rockstar Games, responsible for Grand Theft Auto.

Find out more about GTA 6 in this article: Huge GTA 6 Leak Comes With 90 Videos

In regards to Rockstar Games and GTA, Microsoft said,”the highly anticipated Grand Theft Auto VI is expected to be released in 2024.”

There is no officially confirmed launch date or year for GTA 6 from Rockstar Games or Microsoft. But according to the leaked information, we might get to see the game in just a few years.

Get the best cd key deal for GTA V here on Cheapdigitaldownload.com through our price comparison service and trusted stores.